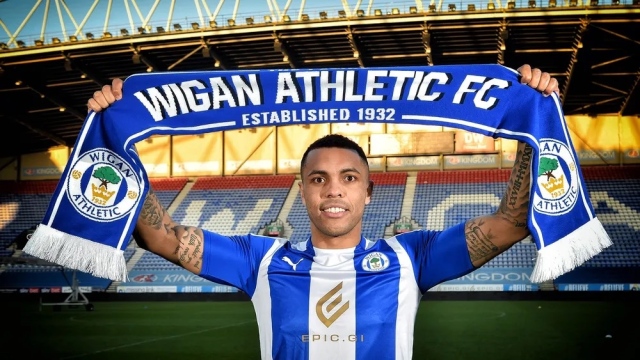 Josh Magennis grabbed his first goal of the season

Leam Richardson made three changes from the weekend, with Ben Amos, Ryan Nyambe and Josh Magennis coming into the starting XI for Jamie Jones, Tendayi Darikwa, and Callum Lang.

Latics made an impressive start and took the lead on six minutes when Magennis muscled his way past Ajayi.

Jack Whatmough lifted a long ball over the Baggies defence and Magennis showed strength and determination before powering the ball past David Button.

Soon afterwards Max Power tried his luck from just inside the West Brom half, but Button was relieved to save.

The Baggies threatened on 14 minutes when John Swift was picked out by Jed Wallace but the former Reading midfielder fired well wide of the target.

On 21 minutes the visitors drew level following a mistake by Naylor.

The former Portsmouth midfielder played the ball backwards and into the path of Grant who advanced towards goal before driving low into the bottom left corner.

The hosts then went close in the 31st minute through Jason Kerr, but the defender’s header just cleared the angle of post and crossbar.

The visitors thought they had scored just before half-time but the linesman flagged Grady Diangana’s finish offside.

Latics would’ve been ahead at the interval if it wasn’t for Naylor’s out of character mistake.

Early in the second half, the visitors threatened when substitute Darnell Furlong’s cross to the far post found Conor Townsend, but the defender’s effort flew wide of the post.

Latics had an opportunity to restore their lead in the 61st minute through James McClean. Graeme Shinnie won the ball in midfield before finding Naylor on the right whose cross found McClean at the far post but the winger’s header was narrowly wide of the target.

The next Latics chance came in the 87th minute when substitute Nathan Broadhead did extremely well to create the opportunity.

Broadhead attacked the Baggies defence evading several defenders before providing an excellent low cross into the six-yard box but despite substitute Charlie Wyke’s best efforts he couldn’t quite make the vital contact to win the game.

On another day Latics might’ve taken all three points but it was a creditable performance against experienced Championship opposition.

This was a much improved performance after Saturday’s heavy defeat to Burnley.

From the kick off Latics were fiercely competitive and they had taken an early lead when Magennis impressively held off Ajayi to power home.

They were determined throughout and might’ve won the game if it was not for one mistake.

Latics had responded positively to last Saturday’s setback with a well earned point against a side who are expected to be near the top of the table at the end of the season.

Attention now turns to Thursday’s transfer deadline. Latics need to strengthen their depleted squad, pre-season departures and injuries to Jordan Cousins, Gwion Edwards and now captain Tendayi Darikwa, mean that more players will be needed as they look to consolidate in the Championship.

“It was probably a fair result, I thought our lads took to the challenge really well and fair credit to them, they deserved their result.

To go in front (was pleasing), and then we had to contain certain areas, and mix and match a little bit from Saturday.

Both goalkeepers didn’t have much to do on the evening. People will talk about the manner of their goal, but it’s genuinely not a problem when lads make honest mistakes. Tom Naylor has been fantastic for us, and I’ll always live with genuine mistakes.

We know our challenges this year. Only 12 months ago, we came out of administration and had three players. 12 months later, we are now out of League One, meeting the likes of West Brom toe-to-toe, with international footballers within the team.

It’s our challenge and as a Football Club, we will relish it. We will educate ourselves, and football gives you a chance to bounce back from anything within 72 hours.” 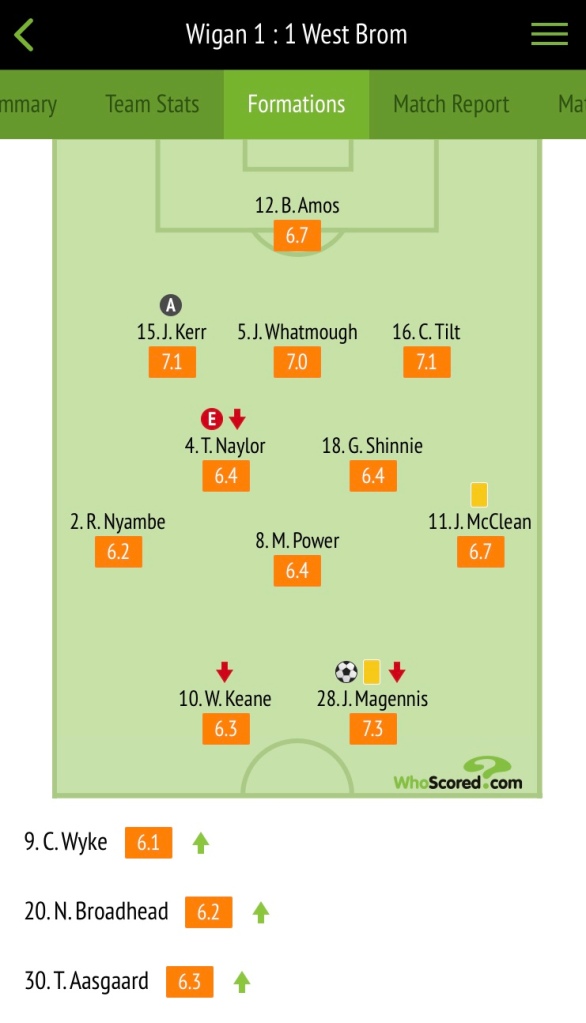