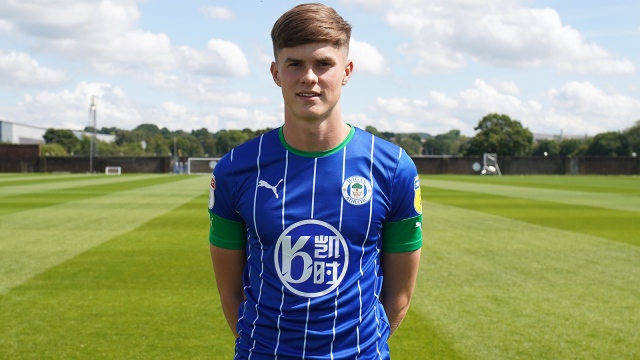 Latics young team suffered their second 5-0 drubbing of the season as they were outplayed by the Seasiders at the DW Stadium. Latics lost 5-0 at home to Rochdale in December and they once again displayed a frailty against more experienced opponents.

The physically stronger Seasiders went ahead in the 40th minute following a corner. Gary Madine’s header was saved by Jamie Jones but Marvin Ekpiteta followed up to score.

It was not long before they increased their lead as Latics once again lost out in the aerial battle. Corey Whelan’s misdirected header fell to Jerry Yates who finished from close range.

Early in the second half Kyle Joseph had an opportunity to reduce the arrears but only fired into the side-netting. The Seasiders increased their advantage on 53 minutes with a slick passing move well finished by Matthew Virtue-Thick.

The visitors had further chances to increase their lead before Ellis Simms made it 4-0 with a close range header on 88 minutes and he completed the rout in the 91st minute with another header from very close range with keeper Jones rooted to his goal line.

Latics drop to second bottom in the table on goal difference behind Swindon and are now two points from safety. Blackpool move up to 15th spot.

Leam Richardson made one change from the starting eleven against Fleetwood with Will Keane replacing Dan Gardner.

It was an uneventful opening to the game on a difficult pitch. The first opportunity fell to the visitors on 21 minutes when Jordan Lawrence-Gabriel cut the ball back to Ethan Robson but the midfielder fired wide from just outside the box.

Latics had a great chance to go in front on 27 minutes when Pearce’s excellent cross found Joseph on the edge of the six-yard box but the young striker headed over the crossbar.

It proved to be a crucial miss as the visitors took control at the end of the first half.

Madine out-jumped the Latics defence to force a save from Jones and Ekpiteta followed up to score from the centre of the box.

Two minutes later and Latics defence was found wanting as Whelan headed the ball into danger and Yates doubled the Seasiders advantage from close range.

It was important for Latics to improve in the second half and Joseph had a great opportunity to reduce the deficit on 51 minutes but he drove the ball into the side-netting from close range.

The visitors effectively sealed the three points two minutes later with an excellent passing interchange down the left hand-side with James Husband cutting the ball back to Virtue-Thick for the third goal.

Callum Lang produced an excellent driving run from midfield before forcing a good save from Chris Maxwell on 66 minutes and substitute Gardner did well to get to the bye-line and cut the ball back into the box but no Latics player could capitalise.

The Seasiders should have increased their lead soon afterwards as Lawrence-Gabriel forced a good save from Jones at his near post before Simms had a one-on-one with the Latics keeper but Jones saved well again.

Latics lack of a physical presence was proving costly and Blackpool easily engineered a fourth goal on 88 minutes. A long throw was headed on by Madine and Simms easily beat Whelan and Jones in the air to head home.

Worse was to come for the hosts in the 91st minute as Simms grabbed a second goal and Blackpool’s fifth. Robert Apter crossed from the right and with Jones rooted to his goal line the Everton loanee had an easy task to head past the keeper from close range.

This was another harsh lesson for Latics young team against a physically strong and experienced team. The worry for Richardson and his coaching team is that after such good defensive display against Fleetwood the new defence looked inferior against bigger strikers.

Too many Latics players had an off-day and the manager will be looking for a marked improvement against fellow strugglers Northampton on Saturday.

One of the few positives on the night was that fortunately for Latics most of the other teams in the relegation battle also lost. 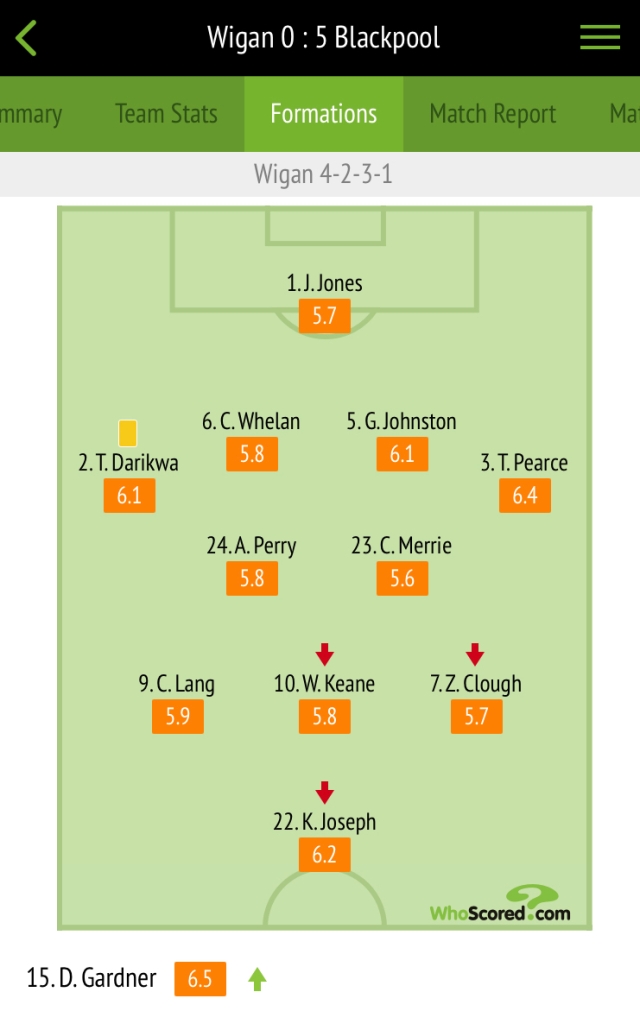