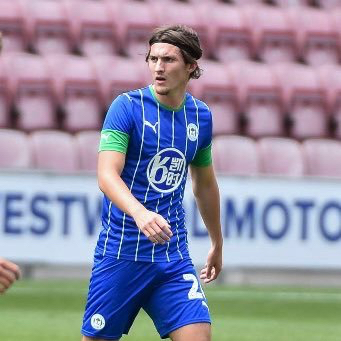 In a wind-affected game of two halves Wigan Athletic battled for a deserved point at Fleetwood Town.

With the wind at their backs the hosts had taken a first half lead through Danny Andrew’s superb 30-yard strike.

But Latics dominated the second half with the wind advantage and deservedly drew level in the 91st minute through substitute Ollie Crankshaw’s diving header.

In added time a lapse by Tom James provided an opportunity for Paddy Madden but Jamie Jones made a crucial save to deny him and ensure that Latics came away with a point.

Latics remain second bottom but are now only three points from safety in League One. Fleetwood remain in 10th spot in the table.

Leam Richardson was able to recall Kal Naismith after injury and Adam Long dropped to the bench alongside the returning Matty Palmer.

In very blustery conditions neither side was able to settle and passes were regularly going astray in the opening minutes.

But with the wind at their backs the hosts were at an adavantage and gradually started to enjoy greater possession.

Despite the wind advantage Fleetwood rarely threatened until on 27 minutes Danny Andrews took aim and unleashed an unstoppable drive from 30-yards which flew past Jones into the net.

The conditions were causing problems for both teams and although the hosts continued to enjoy the lion’s share of possession they didn’t create any clear cut opportunities.

1-0 to Fleetwood at the interval but Latics could look forward to having the wind at their backs in the second half.

Early in the half there was a possible Latics penalty when Connolly slipped in the area and appeared to handle but referee James Oldham waved away appeals.

Naismith went close on 57 minutes when his header was well tipped around the post by Jayson Leutwiler as Latics started to assert themselves.

They had another appeal for a penalty on 71 minutes when Curtis Tilt was brought down in the area by Connolly but once gain no penalty was awarded.

As Latics upped the pressure Leutwiler was booked for wasting time.

The visitors were pressing high now and Kyle Joseph’s incisive pass nearly put Will Keane in the clear but Leutwiler raced out to deny him.

Crankshaw replaced Joseph in the 85th minute and the youngster was soon in the action causing problems down the right hand side.

Four minutes of added time were awarded and in the first minute of added time Crankshaw struck with a diving header from close range after Leutwiler had beaten away Keane’s initial effort.

There was still time for further drama though as James provided an opportunity for Paddy Madden but Jones made a crucial save to deny him and ensure that Latics came away with a point.

It was no more than they deserved after dominating the second half. Latics had managed to bounce back from the 5-0 drubbing by Rochdale and the players can be proud of their efforts against a team who have been tipped for promotion.

Latics now go into a series of six-pointers with fixtures against fourth bottom Shrewsbury Town on Boxing Day, bottom club Burton Albion on the 29th December and then third bottom Swindon Town managed by John Sheridan on January 2nd. 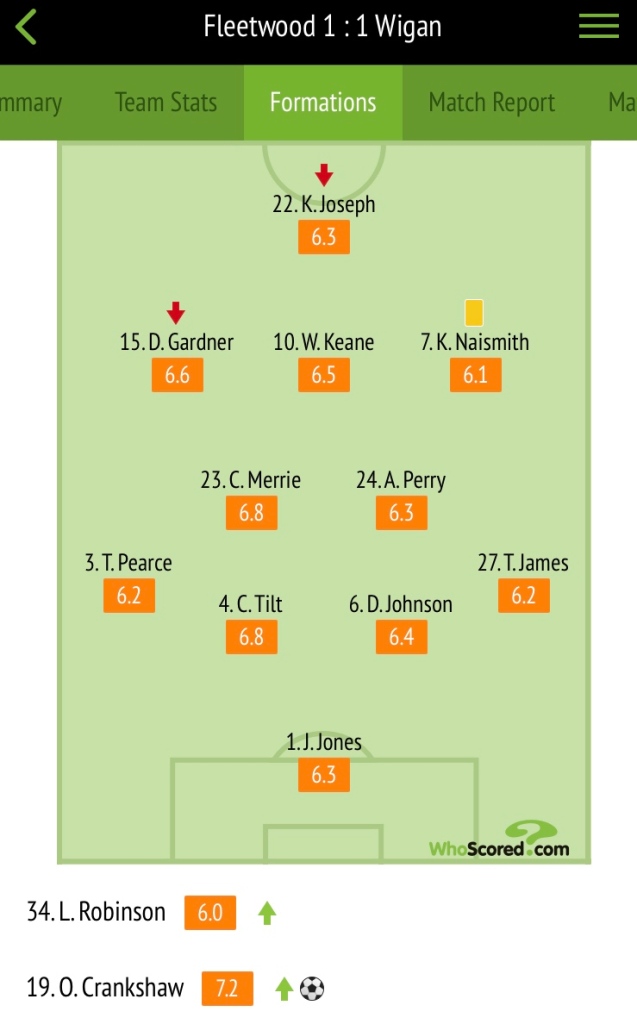