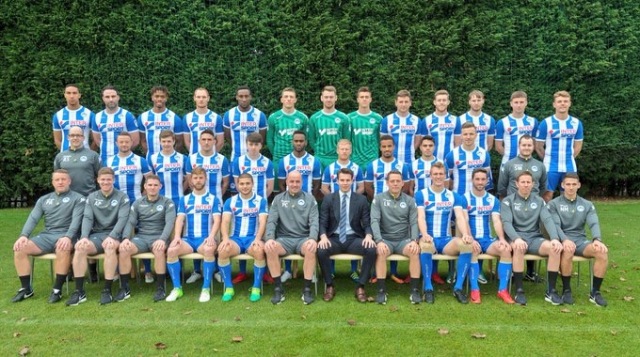 The best team in the division

More than 4,000 Latics fans will be invading Doncaster tomorrow for what should be a massive celebration. The 5.30pm kick off means that it will be a party atmosphere before and after the game, as Latics require only one point to secure the League One title against mid-table Doncaster Rovers.

They lead second placed Blackburn Rovers by two points having scored 88 goals and only conceded 29, which is an 18-goal advantage.

It’s been a record-breaking season for Latics as they have broken the club record for goals scored in a season, number of clean sheets and potentially the most away wins in a season if they win on Saturday.

Add to that the amazing FA Cup run beating three Premier League teams, including Champions Manchester City and it just goes to show what an incredible season it’s been.

Most independent observers would accept that Latics are the best team in the division. But any dissenters will have to be silent if Latics prove a point at the Keepmoat Stadium.

Latics and Rovers along with third place Shrewsbury have been in a race for the automatic promotion places all season but Latics have pulled ahead in recent weeks.

Both Latics and Rovers have received recognition by having four players in the PFA League One Team of the Year. Latics have defenders Dan Burn and Nathan Byrne, plus midfielder Nick Powell and striker Will Grigg in the side. Rovers’ quartet is defenders Charlie Mulgrew and Amari’i Bell, midfielder Bradley Dack and striker Danny Graham.

The debate about whether Nick Powell or Bradley Dack is the better player has raged all season and is a hard one to resolve when Powell has been injury hit and has had fewer minutes than Dack on the pitch.

Some of Rovers’ fans don’t seem to accept that Latics are likely to win the title and may not be magnanimous about finishing second.

Paul Cook has already commented that Rovers got ahead of themselves with their comments that they would win the league when they were leading the table but Latics had games in hand.

The rivalry between Cook’s team and Tony Mowbray’s has been an intense one and the title race can perhaps be summarized by the fixture at Ewood Park when Rovers were leading 2-0 at half time and were already congratulating themselves on winning the title but Latics stunned Rovers with two second half goals and were the dominant team at the end.

If Latics secure the League One title it will be Paul Cook’s second successive title – a year after he won League Two with Portsmouth – and his third promotion in four seasons.

Not only has Cook’s team produced results, but also the style of football has been exhilarating and the way that the team constantly pushes forward has provided great viewing for the fans.

The likeable Scouser has done a remarkable job transforming the club from relegation no hopers to likely Champions and the future looks bright with him in charge.

Nothing is certain in football but it would only be fitting if Latics crown a magnificent season with the League One title.

This article was first published in the Wigan Evening Post on Friday 4th May 2018.