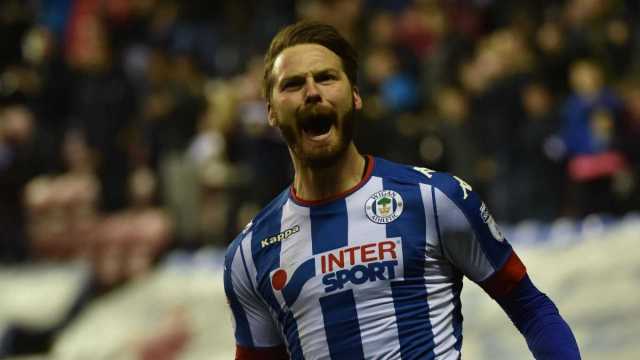 Media pundits and football fans are prone to hyperbole but Nick Powell is justifying all the hype this season. Powell is an exceptional talent who is proving to be a cut above most players in League One. He is Latics’ top scorer with six goals so far and he is certainly capable of bagging 20 plus at this level.

The goalscoring midfielder is now showing the type of form that encouraged Manchester United to spend £6m back in 2012. The Cheshire born Powell represented England from U16 right through U21 level and was always regarded as a very unique player.

Unfortunately due to the wealth of talent at Old Trafford, a succession of injuries and question marks about his attitude meant that he was unable to establish himself in the Premier League.

Powell had spells on loan with Latics, Leicester City and Hull City before signing permanently on a three-year contract in 2016.

Injury restricted his appearances to only 21 last season but he still almost managed to rescue Latics from relegation with some startling late season performances including an 11-minute hat-trick against Barnsley.

However until Paul Cook took over as Latics manager he was unable to put together a consistent run of appearances. Cook sent him to Everton’s training facility pre-season in a bid to resolve the niggling injury problems and this appears to have made a difference this season.

The manager has a good working relationship with Powell and although he rarely completes a full 90 minutes he gets plenty of game time. While he is on the pitch he is almost unstoppable and the team have usually confirmed the three points before he exits the pitch and milks the rapturous applause from the fans.

He is supremely confident on the pitch and very difficult to dispossess. He is two footed with tremendous skill and technique. He is a good header of the ball and is usually clinical with his free kicks and penalties but he is also on a short fuse and looks like he might be sent off for haranguing the referee or when seeking retaliation.

He is still only 23-years-old and has a lot still to learn both on and off the pitch. He was arrested for drunk driving back in April 2014 and was subsequently left out of Latics’ team to play QPR in the Championship play-offs that season.

He jokingly calls himself a ‘pure sloth’ which reflects his lethargic approach to off-the-field matters including training. In the past he has been outspoken and could be something of a maverick but he now believes those days are behind him and he is concentrating on his football.

Powell is probably the best player in League One and is producing some of the best form of his career and he may have found the perfect manager in the jocular Cook. If he continues to mature and avoid further injury he can lead Latics back to the Championship and one day he may even return to the top level.

This article was first published in the Wigan Evening Post on Friday 13th October 2017.