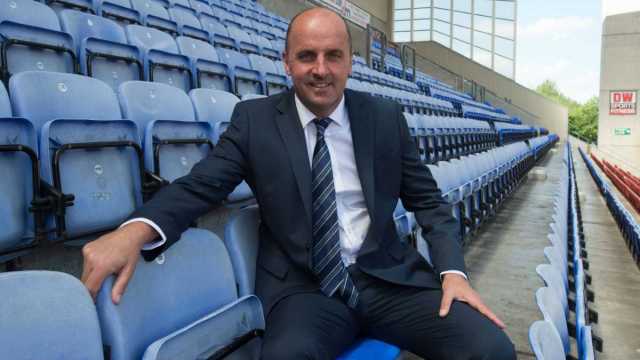 Paul Cook has banished the negativity

I’m trying not to get too carried away so early in the season but Latics have made an impressive start to the campaign. They rarely have a good start and it is the first time they’ve won their first three games since Paul Jewell’s team conquered the Second Division with 100 points in 2002/03.

New manager Paul Cook has quickly changed the atmosphere around the club and banished the negativity surrounding last season’s relegation.

Cook’s banter and plain speaking has endeared him to the fans and the players have responded with improved performances on the pitch.

Latics have some very talented players at the club but they simply weren’t performing to their potential last season.

The managerial changes certainly did not help matters and the high turnover of players inevitably created unrest in the camp, but the transformation under Cook and his coaching staff is remarkable.

Admittedly they are now in a lower division and the calibre of the opposition is not as good but the improvement in performances is for all to see.

The manager has let some players leave the club but he has also brought in quite a few new faces with five making their home debuts against Bury.

Christian Walton, Chey Dunkley, Gavin Massey, Lee Evans and Ivan Toney have all settled quickly and they were integral to Sunday’s win.

Cook has quickly established an attacking style of play with a 4-2-3-1 formation and the players already look comfortable playing possession football.

Against Bury they demonstrated their promotion credentials with a confident 4-1 victory. There was a stand out performance by Nick Powell who has started this campaign where he left off last season and grabbed a brace.

Like his hat trick against Barnsley last season the former Manchester United midfielder was unstoppable being involved in three of the four goals and most of Latics’ best moves.

Powell is a massive asset at this level and if the club can repel any suitors and keep him fit then he is certainly capable of helping them to promotion.

Playing alongside Powell were Michael Jacobs and Lee Evans who both ran him close for the Match of the Match award. Jacobs looks to have regained the form that was so important in Latics’ title win in 2015/16.

As well as getting on the score sheet he singlehandedly took on the entire Bury defence in one dazzling dribble setting up a great opportunity for Will Grigg.

New loan signing Evans bossed the midfield and created numerous chances as well as setting up Powell’s first goal with an inch perfect curling cross. He rounded off a great home debut with a superb 25-yard net buster.

Latics have another local derby tomorrow when they travel to Oldham Athletic. They will be expected to come away with the three points but Cook will have to guard his players against any complacency after such a positive opening to the season.

This article was first published in the 12th Man column for the Wigan Evening Post on Friday 18th August 2017.