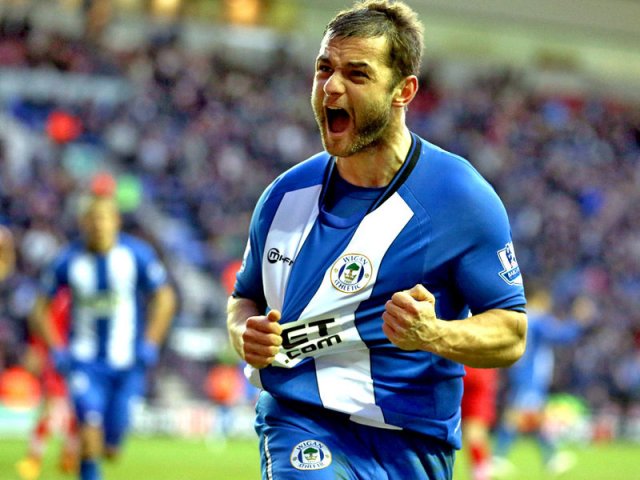 Latics enter the hectic Christmas period in poor form and desperately in need of a first win under Malky Mackay. Saturday’s opponents Rotherham were expected to be near the drop zone after their promotion from League 1 but Wigan are in a position that few would have predicted in pre-season.

Latics have massively under achieved this term with a squad that should be much higher up the table. The current squad is endowed with an abundance of international experience.

Add to that list fellow internationals Emmerson Boyce (Barbados), Roger Espinoza (Honduras), Scott Carson (England), Don Cowie (Scotland), Thomas Rogne (Norway) and a long list of players who have represented their countries at Youth or Under-21 level, and it is clear that on paper the club have a very talented group of players.

Managerial changes and off the field controversies have all been a distraction this season but the players need to take a close look at their own performances.

It is easy to look for excuses when things are not going as well as expected and confidence is low, but the players have a responsibility to the fans to be the best that they possibly can.

In comparison to most people the players earn large salaries and have very fortunate lifestyles. There should be no need for excuses when professional pride is at stake.

Many of the players have performed to a high standard in the Premier League, some have won trophies and some have been involved in promotion winning teams, but for whatever reason they are not reaching those levels of performance at the current time.

The players need to be 100% focused and determined to get the win on Saturday. The mistakes that have plagued Wigan this season need to be eradicated and when the chances are created they need to be finished.

The players now need to step up to the standards expected of them. Rotherham will be no pushovers but the Wigan players must put their bodies on the line to get the vital first win and close the gap on the team that sit four points ahead of them in the table.

The manager has a big responsibility to instill belief in his players so that they can secure the vital first win under his stewardship. Now is time for Malky to adopt a more positive approach with his team selection and go all out for the three points with an attacking line up.

This article was first published in the 12th Man column for the Wigan Evening Post on Friday 19th December 2014.

2 Responses to 12th Man: Time for players to take responsibility