Posted on August 1, 2014 by ianhaspinall 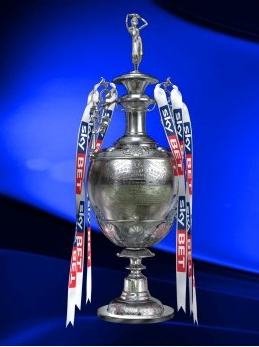 The last two seasons have been two of the most memorable in Wigan Athletic’s 82 year history. Few seasons could match the tremendous highs of the historic first FA Cup win and gut wrenching lows of relegation from the Premier League in 2012/13.

But the 2013/14 season was building for success after a euphoric first adventure into Europe until defeats in the FA Cup semi-final and Championship play-off semi-final shattered the dream.

Despite the massive disappointment, the feeling around the club was that success could have been achieved if only Uwe Rösler had been in charge from the beginning of the season.

The former Brentford manager only joined in December after a disappointing start under Owen Coyle but during Rösler‘s time in control he revolutionised the club and galvanised the players into competing strongly across three competitions.

The expectations are therefore high that Latics can make a serious push for promotion this time around.

The most significant departure has been that of midfield maestro Jordi Gomez to Sunderland. Gomez was last season’s player of the year and his creativity and spectacular goals will certainly be missed by Latics. Also leaving the club in the summer on free transfers were full-backs Jean Beausejour and Stephen Crainey.

Latics biggest signing of the summer so far has been striker Oriel Riera from Osasuna for £2 million. The 28-year-old,  6ft 1in goalscorer has joined on a three-year contract and will be expected to play an important role in Latics promotion bid.

Rösler has hinted that other signings are in the pipeline, but the key to Latics success this season could be the fitness of midfielders Shaun Maloney, Ben Watson, Chris McCann and James McArthur who have all been troubled by injuries.

In attack, Callum McManaman will be looking to stay fit and re-create his FA Cup heroics more consistently. Martyn Waghorn will expect to contribute significantly to Latics’ goal tally and James McClean will be looking to add more composure in front of goal. Marc-Antoine Fortune will need to improve on last season’s erratic performances and may struggle to win a starting place if everyone is fit.

Grant Holt has been a huge disappointment since arriving at the club and it is no secret that the former Norwich striker is unlikely to feature in Rösler’s plans. Given that Holt still has two years left on his contract, a loan move away from the DW Stadium looks the most likely scenario in the short-term.

With Rösler in charge I think we can make the top six, but whether we can score enough goals to make automatic promotion remains to be seen.