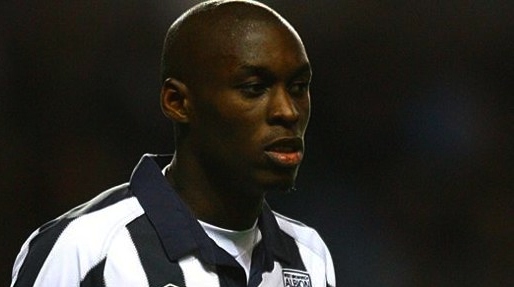 Prior to the game Uwe Rösler said that the main focus of his team would be attacking and to have plenty of hunger and desire and the Wigan manager was true to his word as they produced a convincing 3-0 victory over Bournemouth.

Latics high tempo game was too much for the Cherries as they produced chance after chance in the opening minutes.

Marc-Antoine Fortuné opened the scoring after just five minutes, shooting high into the Cherries net from close range. But the Latics missed several golden opportunities to increase their lead before the interval.

It was not until the second half that Wigan consolidated their dominance when Eliott Ward deflected Fortuné’s 58th minute effort into his own net and Jordi Gomez added the third with a left-foot strike in the final minute.

Rösler made several changes to the team held by MK Dons in the FA Cup with Ben Watson, Chis McCann, Nick Powell and Marc Anotoine Fortune returning to the Latics starting line up with Jordi Gomez, Grant Holt, Roger Espinoza and James McClean dropping to the bench.

Wigan were quickly out of the blocks and were ahead after only five minutes when McCann’s cross was flicked on by Powell and Fortuné volleyed high into the net past Lee Camp.

Callum McManaman should have doubled the lead just four minutes later, when he was through on goal but his attempted chip over Camp was well saved by the keeper.

The chances continued when on 11 minutes a powerful run and cross from Fortuné found Powell who attempted to flick the ball towards goal but he was unable to make a proper contact and the chance went begging.

Wigan had further attempts by Powell, McManaman and McArthur, but the Cherries responded by testing Ali Al Habsi at the other end.

The Cherries best chance fell to Matt Ritchie midway through the first half, when cutting inside from the right he forced Al Habsi into a low save.

It was a major surprise that there had not been more goals in the first period and that Wigan were not further ahead.

Bournemouth started the second period the better team and were just starting to put together some promising moves when in the 58th minute Latics somewhat fortuitously consolidated their lead. Fortuné’s scuffed effort from inside the area deflected off Elliott Ward and into the Bournemouth net.

To their credit the Cherries continued to play good counter attacking football and should have reduced the deficit but for some poor finishing and the heroics of Al-Habsi in the Wigan goal.

McCann had an opportunity to put the game to bed on 68 minutes when Jean Beausejour’s low cross found him six yards from goal and unmarked but the Irishman only managed to pass the ball back into the grateful hands of Camp.

Jordi Gomez secured the three points on 90 minutes when he produced an unstoppable shot from 30 yards.

The Wigan revival since Rösler took over as manager continues to gather momentum with another convincing victory. They are now unbeaten in six Championship games and have taken 14 points from a possible 18, the once remote possibility of the play-offs now looks like an achievable target.