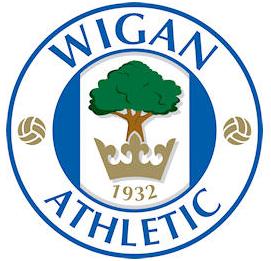 Wigan Athletic fans waking up today may feel that they have entered some alternative twilight zone where little teams like Wigan can regularly beat the top Premier League teams. Last night’s superb victory at the Emirates comes on the back of a first ever win against Manchester United and only three weeks since their first ever win at Anfield.

Some may say that the football Gods are shining on Wigan, but this latest win and their recent victories against top opposition have been well-earned and thoroughly deserved.

Last night’s game at the Emirates started in exhilarating fashion with Thomas Vermaelen shooting from distance and Yossi Benayoun having a header tipped over by Ali Al-Habsi before Latics took the lead with a stunning counter attack.

In only the seventh minute James McCarthy won the ball on the edge of his own area and sent Victor Moses into space before Jordi Gomez guided a pass through for Franco Di Santo, who despite the close attention of Wojciech Szczesny managed to loop the ball over the keeper before tapping into the net.

Arsenal were stunned by the incisiveness of the attack, but things were going to get worse for them a minute later when Wigan went 2-0 up. Victor Moses deceived Bacary Sagna and crossed low from the left. James McArthur went for the ball and, when it broke, Gómez beat Szczesny at the second attempt.

You just couldn’t make this up, Wigan 2-0 up at the Emirates after only 8 minutes. Arsenal were rattled but were sure to respond with vigour. Al Habsi had to produce a world-class save to deny Benayoun’s header which was heading for the top corner.

Arsenal did reduce the arrears in the 21st minute when Vermaelen dispatched Tomas Rosicky’s cross. Wigan were expecting an onslaught and retreated deeper into defence. Robin Van Persie had a stinging shot straight at Al Habsi and Johan Djourou volleyed wide when it looked easier to score, but Arsenal always looked vulnerable to the counter attack with Victor Moses a constant threat.

Wigan eked out the minutes to half time defending solidly, but also with a little luck.

Most people expected Arsenal to dominate proceedings in the second half but Wigan continued to defend well and share the possession and in fact it was Wigan who had the clearer chances. Moses beat Sagna to draw a good save out of Szczesny and then on 60 minutes, the Nigerian striker missed a fantastic opportunity to seal the result, Andre Santos and Djourou both failed to deal with the ball on the half way line and Moses found himself one-on-one with Szczesny but his shot was so tame that it was never likely to beat the keeper.

As the minutes ticked away Arsenal looked less and less likely to score and Arsene Wenger raged furiously on the touch-line berating the Wigan players and the referee Andre Marriner for Wigan’s time wasting. But it was no more than most Premier League teams would do in the same situation.

Afterwards the Arsenal manager Wenger was far from magnanimous in his post match comments. He thought the result was harsh on Arsenal and he didn’t give Wigan much credit, unlike Sir Alex Ferguson had done the previous week.

Roberto Martinez’s team have now produced an incredible series of four wins in five games and they have lost only twice in eleven outings. In the process of climbing out of the relegation zone they have recorded historic first ever wins against Manchester United at the DW Stadium and defeated both Arsenal and Liverpool away from home. Wigan’s fans are now in dreamland and long may it continue.

Latics relegation worries may soon be over, as they have leapfrogged Queens Park Rangers and are on 34 points, one point behind Aston Villa. Another win may well be enough to guarantee safety and an eighth season in the Premier League.