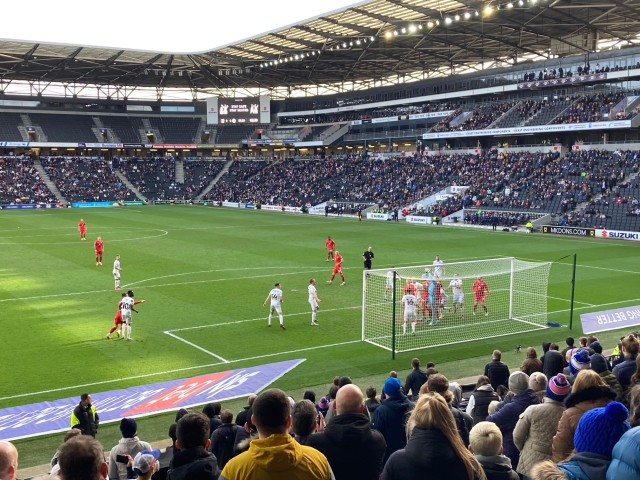 Latics adopted a 3-4-2-1 formation with Kerr, Jack Whatmough & Curtis Tilt as the back three and Massey and Pearce as wing-backs.

Latics were the first to go close when Massey’s right wing cross nearly found Stephen Humphrys but the striker couldn’t quite make the vital contact with his head.

MK Dons tried to get their usual passing game going but Latics were winning the midfield battles and the hosts were unable to threaten Ben Amos.

In the 39th minute Callum Lang was unlucky to pick up his 10th booking of the season from erratic referee Bobby Madley for an innocuous foul and will now receive a two match suspension.

Latics went close just before the half time break when Max Power’s dangerous free-kick just evaded both Tilt and Will Keane in the six-yard box.

Humphrys then produced a superb through ball to set up Lang but the striker’s touch let him down and the Dons keeper was able to collect.

Latics were in the ascendancy now and they started the second half strongly. Power tried his luck from 25-yards out but his strike was deflected narrowly wide of the post.

Latics’ pressure eventually told and they took the lead following a corner through Tom Naylor. Pearce’s effort from outside the box deflected into the path of Naylor inside the penalty area and the midfielder showed great composure to take a touch before side footing into the bottom corner.

The hosts appealed for offside but the referee’s assistant was unmoved and the decidedly dodgy referee Bobby Madley for once ruled in Latics’ favour.

The visitors continued to look comfortable and they seemed to be heading towards victory, but with only few minutes remaining they conceded a series of corners and from the third successive corner Darling got in front of Amos to head the equaliser.

It was frustrating to concede so late in the game but beforehand most of Latics’ supporters would have taken a point which leaves them in the driving seat for automatic promotion.

Latics have games in hand and with eleven games remaining most people wouldn’t bet against them achieving their aim of promotion to the Championship.

Speaking afterwards to the media, Richardson credited his side for their effort and performance levels as they earned another huge point.

“It was a commendable performance,” he said.

“I’ve got to give credit to the players and staff for how hard they’ve worked through the week in preparation and the lads to follow certain things through on the pitch.

“I think the harder we work, the luckier we will get and I thought we worked tirelessly hard in and out of possession. I felt if we were a little bit more aggressive in possession in their final third, we could’ve created a more chances.

“I thought we deserved to go ahead and it’s disappointing to concede a set-piece with the personnel on the pitch. The lads will be as disappointed as anybody but I thought we thoroughly deserved something out of the game.”

Latics were once again backed in numbers on the road by the travelling supporters, and Richardson hailed the fans’ influence for providing energy to his players from the stands.

“There are many reasons why our away form is very good and they are a massive part of it,” he said.

“Certainly after we scored, the last 20 minutes went within a blink due to how much energy they (the fans) put onto the pitch. Long may that continue because they’ve been fantastic for us this year.” 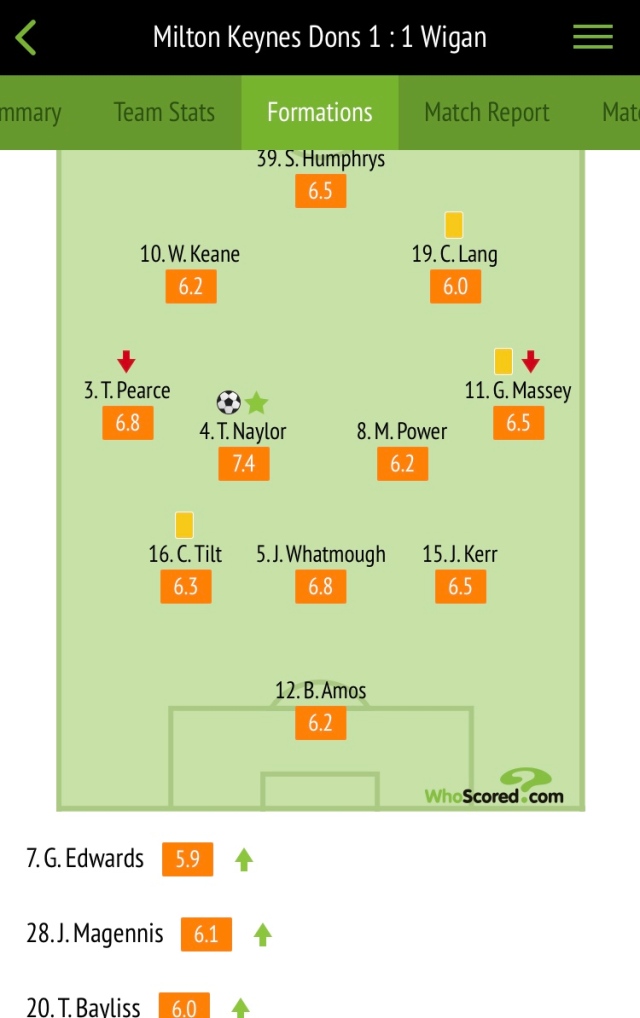