In a frantic opening period it was the hosts who first went close when Shane Ferguson’s low cross from the left-hand side almost found Michael Smith at the far post.

The tackles were flying in from both sides and referee Jeremy Simpson struggled to cope producing some random decisions.

Latics went in front in the 28th minute when Humphrys produced a stunning strike from just outside the area.

The Millers tried to respond but Latics held firm with the former Rotherham centre-half Curtis Tilt outstanding at the back.

The Millers started strongly in the second half and Ben Amos had to produce a superb save to keep the visitors ahead.

Ogbene pulled the ball back from the right to Smith whose low effort was heading towards the bottom corner but Amos was somehow able to push it away.

Latics had the ball in the back of the net in the 74th minute when Lang fired home at the far post after Josh Vickers had spilt Max Power’s free-kick, but the referee Simpson gave a free-kick for a foul on the goalkeeper by Keane.

Almost out of the blue the hosts drew level with a thunderous strike from Rathbone from 25-yards out which flew past Amos into the bottom corner.

Both teams continued to press for the three points but ultimately they had to settle for a point each.

Nothing is settled as far as the title is concerned but both teams are in the prime positions for automatic promotion.

Afterwards Richardson reflected on a positive week that has seen his team take seven points from three games in seven days.

A week that culminated in an intense battle at the top of League One.

“It was everything that we expected,” Richardson said.

“Compliments to what they have done this year, with the amount of balls they put in your box, the pressure they put on teams at home and you have to match it.

“We played Saturday and Tuesday so to then play again on Friday made it a tough turnaround for us and we had to match fire with fire.

“I thought we defended well all night, Stephen [Humphrys] took his goal really well and we could have had a couple of chances in the first half on the counter attack.

“When you come to Rotherham, you have to defend and you have to totally respect what they do. Any point away from home is a good one.

“Probably the only bits of quality in the game – without disrespecting anything else that happened because it was competitive – were the two goals.

“We had to defend without the ball, work hard on the ball and second half I thought they got the momentum – which you’d expect – and then I thought we grew into it towards the end of the game and possibly could have had a breakaway.

“To take seven points in the week, credit goes to the players and to the staff for how hard they’ve worked, recovered and travelled.

“Both sets of fans were great; our fans were unbelievable again and even the conditions didn’t stop them coming across. Their energy at the end of the game got us through.” 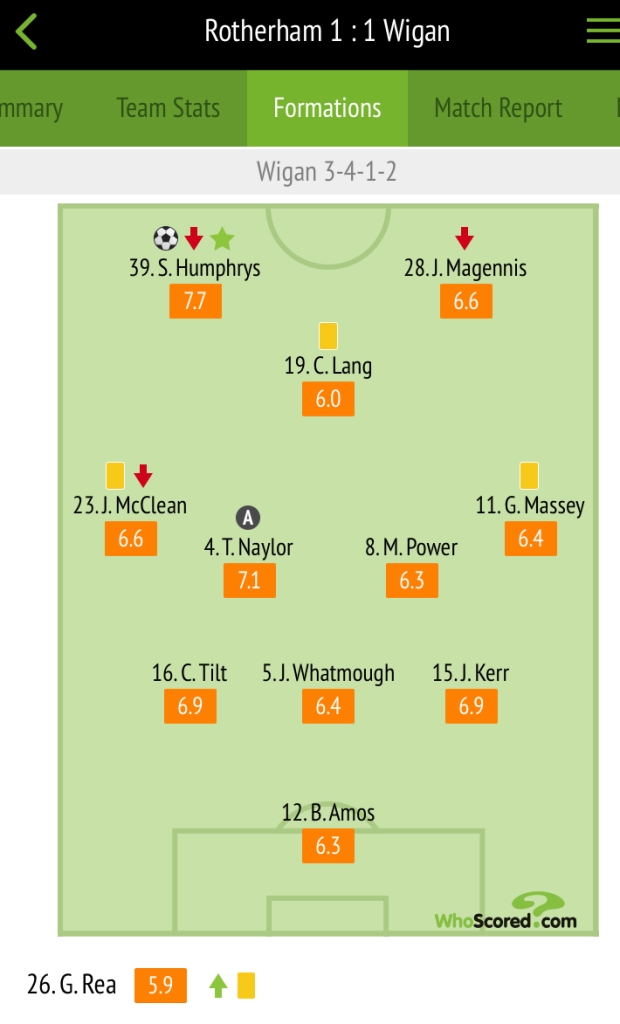