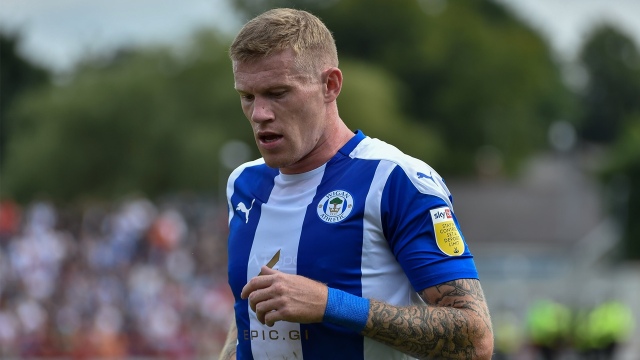 Latics have been in great form recently and manager Leam Richardson named an unchanged team for the sixth consecutive league game.

The visitors started the game brightly and McClean burst forward before firing a shot from distance which was blocked.

Latics were ahead on six minutes when a poor defensive header allowed Wyke to nip in and feed McClean whose cross found the unmarked Keane, who steered the ball into the Wanderers net.

Bolton responded and Dapo Afolayan tried his luck from range but Ben Amos made a comfortable save.

Latics continued to look threatening and McClean fired a deflected shot towards goal which Dixon did well to save.

Lang had a curling his effort just over the crossbar before Wyke saw his deflected effort easily saved by Dixon.

Jordan Cousins drove an effort narrowly wide from 30-yards before McClean blazed over from just inside the area.

The hosts exerted some pressure before half time with Afolayan having an effort well blocked by Jack Whatmough.

But just before the interval the visitors had a glorious chance to increase their lead when Cousins played in Lang but the striker disappointingly dragged his shot wide of the target. 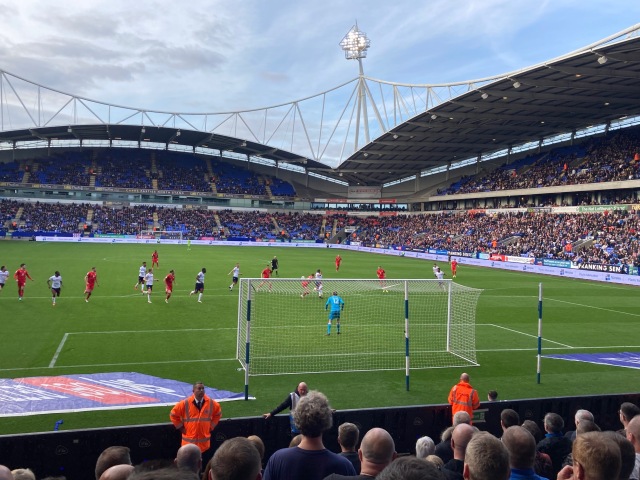 Early in the second half the hosts went close when Afolayan cushioned a header to the edge of the area for Antoni Sarcevic but the Wanderers captain’s volley hit the top of the crossbar.

But on 50 minutes Latics consolidated their advantage with a superb strike from McClean. The Republic of Ireland international drove forward before unleashing an unstoppable bullet-like strike from 20-yards which flew into the corner of the net.

Bolton tried to respond but Ben Amos remained relatively untroubled in the Latics goal. The visitors  effectively sealed the three points on 65 minutes when Lang’s shot from a tight angle deflected into the net via the keeper’s leg.

The Wanderers fans’ didn’t take well to the scoreline and when Max Power tried to take a corner a range of missiles rained down on him. Referee Breakspear had to suspend the game and had to talk to the police, stewards and both managers before play was resumed.

But there was still time for Latics to rub more salt into the wounded Wanderers. On 81 minutes Lang cut the ball back to McClean in the centre of the goal and the winger rounded off a superb afternoon finishing with some aplomb.

Latics might’ve added to their advantage during the remaining minutes but nevertheless it had been an emphatic victory against their local rivals and an especially memorable day for the 4,000 travelling fans.

Prior to the game the Bolton manager Ian Evatt had unwisely proclaimed his team to be the best team in the league and these comments had come back to bite him.

Leam Richardson meanwhile was much more circumspect in his pre-match comments and afterwards showed dignity in victory.

“You have got to respect every team in this league – and we showed them the utmost respect.

“They’ve been going well but I thought we imposed ourselves on the game from the first minute, and with the application and hard work shown by the lads, they deserved that result.”

Almost 4,000 supporters backed Latics on to victory at the University of Bolton Stadium, and Richardson was full of praise for the fans’ magnificent backing.

“I thought the fans were fantastic and full of voice today – which is pleasing,” he smiled.

“The fans have been out of the stadiums for long enough and for days like this, it’s fantastic.

“When they are in full voice, the minimum that the lads can give them for any Football Club and the badge is to work hard – and when you work hard, you normally get that bit of luck. I thought our lads worked ever so hard today.” 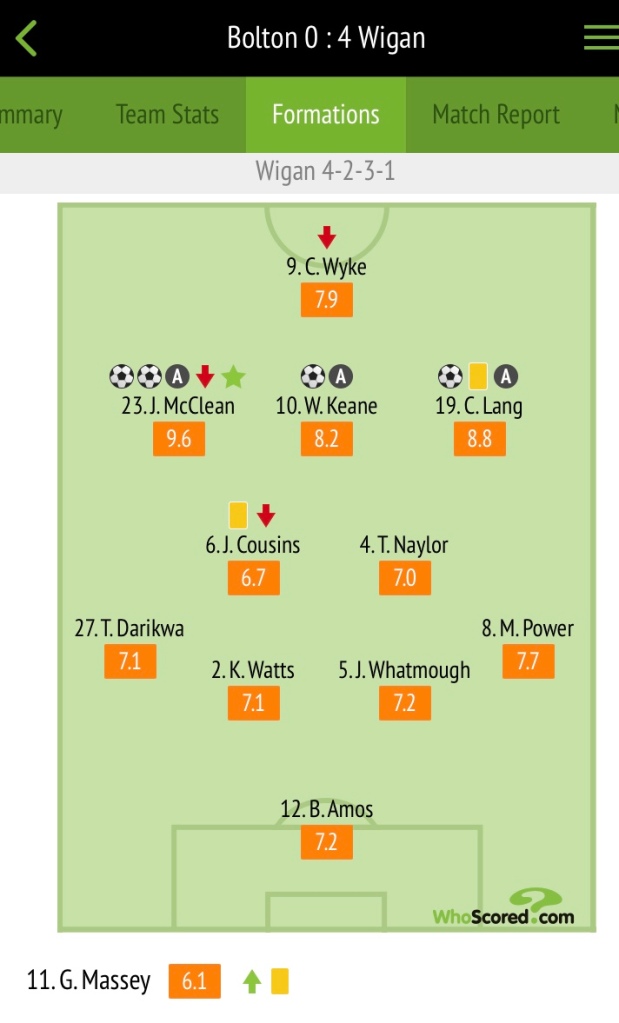