Review: There’s Only One Danny Garvey by David F. Ross 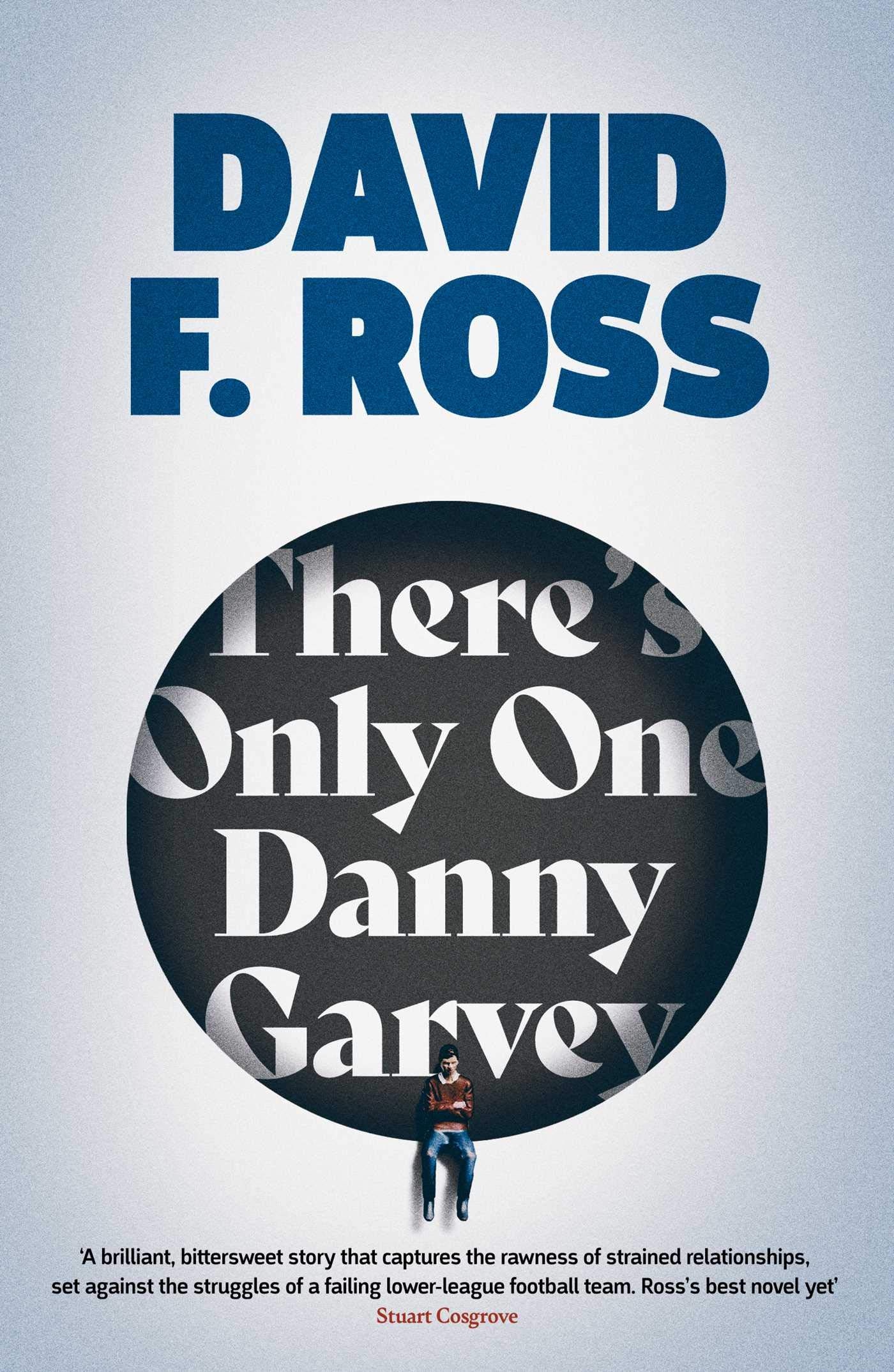 This fictional account of gritty Scottish working-class life and football in the 1990’s is a deeply immersive experience. Through a stream of consciousness narrative, the obsessions of a young man are played out in an unforgiving environment.

The crazy world of junior football in Ayrshire provides the backdrop but this novel is centred around one man’s struggle for redemption.

The protagonist Danny was a 16-year-old footballing prodigy. Professional clubs wanted to sign him and a glittering future beckoned. But his early promise was to remain unfulfilled, and Danny is back home in the tiny village of Barshaw Bridge to manage the struggling junior team he once played for.

What’s more he’s hiding a secret about a tragic night, thirteen years earlier, that changed the course of several lives.

David F. Ross paints a dark picture of the small-town working-class life with violence, drugs, alcohol abuse and criminal behaviours all around. Danny is traumatised by his childhood experiences and his return to Barshaw is an attempt to rebuild his life. Football provides an escape from his dysfunctional family.

‘Football is a coping mechanism regardless of the domestic carnage that was going on around him. Danny always focused on the pitch. Watching him play, you’d never have known about the problems he had; about the overdoses witnessed, or those endless bouts of screaming at his brother.’

Danny’s role as manager helps the football club to improve and offers hope to the local community but his personal relationships with his dying mother and brother prove deeply problematic.

Danny’s family are well summarised in this passage. ‘A collection of fragile, damaged adults unable to communicate with each other. Repeating the behaviour of their parents.’

Damo, the autistic son of his brother and estranged girlfriend Nancy offers hope of a better future for Danny, but will it come to fruition, or will he be overcome by Barshaw’s demons?

Even assuming the accuracy of Ross’s research, the violence and extreme behaviours in Scottish junior football in the 90’s is still quite shocking and goes way beyond what many people could imagine.

It is an emotional rollercoaster of a novel and we are absorbed in Danny’s search for redemption. Will Barshaw Bridge FC defy the odds and win the Cup and will Danny start a new life at Ross County in the Highlands of Scotland?

The social realism is hard hitting throughout and may be off-putting to some, but this is one of the best football related novels of recent years.

There’s Only One Danny Garvey by David F.Ross. Published by Orenda Books. Price £8.99.

A version of this review first appeared in the June/July 2021 edition of Late Tackle magazine.

1 Response to Review: There’s Only One Danny Garvey by David F. Ross