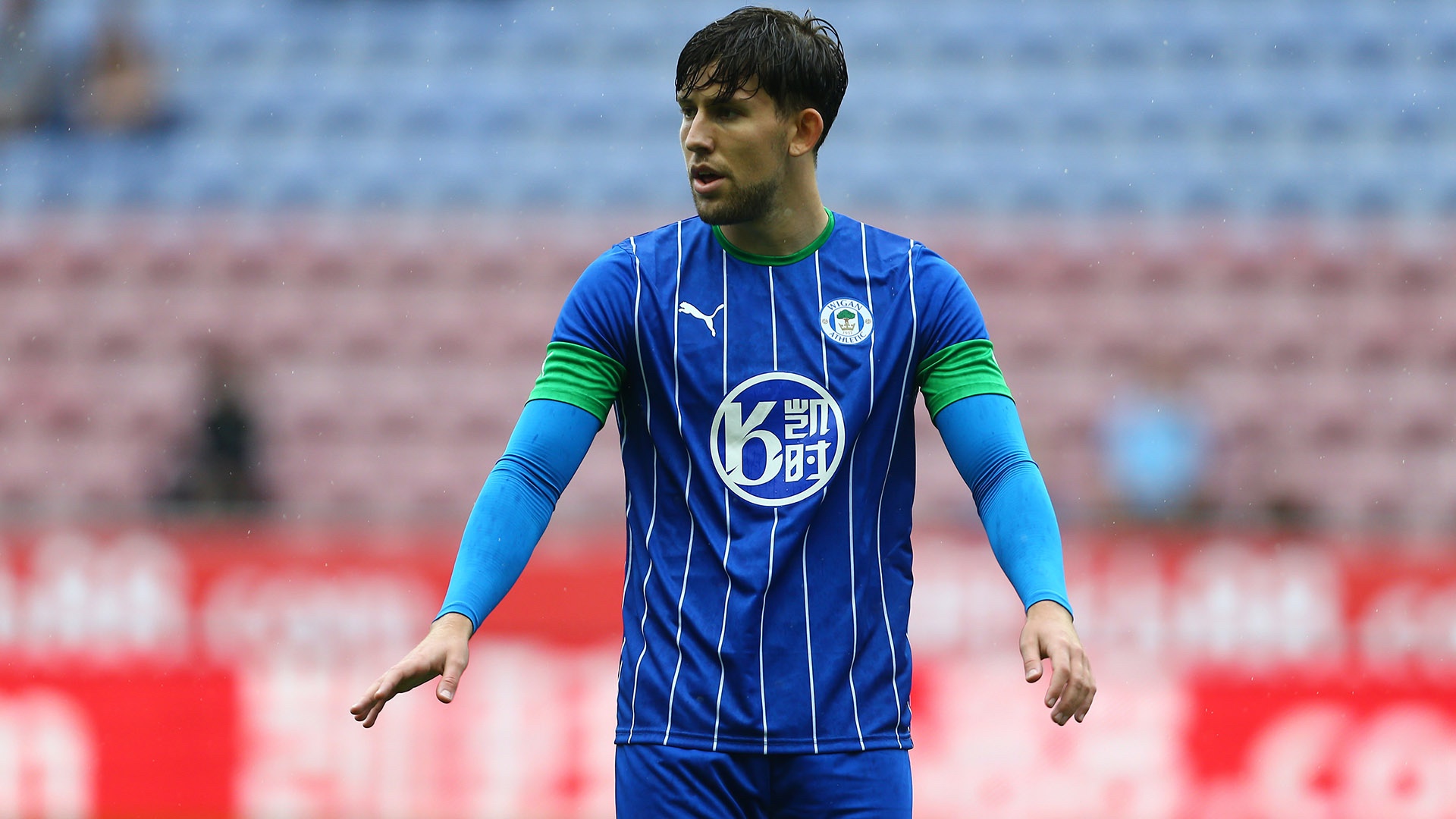 Callum Lang scored his ninth goal of the season

* Wigan Athletic produced their fourth consecutive victory with a 2-1 win against Shrewsbury Town at Montgomery Waters Meadow to stay four points above the drop zone with three games remaining.

* Latics went ahead in the 27th minute when Will Keane powerfully headed home from six-yards out from Lee Evans’ corner.

* The visitors enjoyed the lion’s share of possession but Jamie Jones made an important save with his legs to deny Daniel Udoh and Latics defence had to clear off the line following a corner.

* Just before the half time break Latics broke out quickly and Keane’s through ball found Callum Lang for a one-on-one with Harry Burgoyne and the striker calmly slotted the ball in the bottom left corner to make it 2-0.

* The visitors sat back in the second half and the hosts pulled a goal back in the 66th minute with an unstoppable volley from 18-yards by Ollie Norburn. Latics lived dangerously with substitute Curtis Main hitting the outside of the post and Jones making a vital save from Charlie Caton’s header in the 95th minute.

Leam Richardson named an unchanged starting eleven from the victory against Crewe Alexandra on Saturday. Shrewsbury were still without manager Steve Cotterill who is still recovering from Covid. Assistant manager Aaron Wilbraham was looking after team affairs in Cotterill’s absence.

Latics started on the front foot and Burgoyne spilled a high ball into the box after only two minutes but Keane’s attempt was cleared off the line.

Nathanael Ogbeta drove his shot narrowly wide from the edge of the box on seven minutes for the hosts. Joe Dodoo then forced a save from Burgoyne from a tight angle and the ball then pinballed around the area but Latics couldn’t make it count.

Curtis Tilt dallied on the edge of his own box and lost possession to Udoh but Jones made an important save with his legs to deny him.

Brad Walker’s free kick from 30-yards out on on 23 minutes flew narrowly wide of Jones’ goal but four minutes later Latics were ahead from a corner.

Evans delivered superbly to the edge of the six-yard box and Keane rose majestically to head powerfully into the net.

Latics were pressing high and forcing a succession of corners and throw-ins but from a rare Shrewsbury corner at the other end Latics had to clear off the line.

On the stroke of half time Latics doubled their lead. Keane played a defence splitting through ball and Lang slotted the ball past Burgoyne in a one-on-one.

Early in the second half Tendayi Darikwa did well to work his way into the Shrewsbury box but he blazed his shot high over the crossbar from a good position.

As the half progressed Latics sat back and invited pressure. Jones did well to tip Shaun Whalley’s strike from distance around the post on 65 minutes and Norburn reduced the deficit with an unstoppable volley from 18-yards a minute later.

It was going to be a nervous final period for Latics as they tried to hang on to their lead.

Latics were living dangerously now and a long searching ball from Whalley on 86 minutes found Chapman in space and the midfielder’s cross to the back post was met by Main who hit the outside of the post from a tight angle.

Five minutes of added time and Thelo Aasgaard replaced Keane on 93 minutes as the clock ticked down. There was one final scare however as Caton’s free header in the 95 minute was superbly saved by Jones and the vital three points were secured.

It’s been an incredible achievement to win four consecutive games but with three games remaining it is still incredibly tight at the bottom of the table and Latics will need to maintain their momentum if they are to ensure survival.