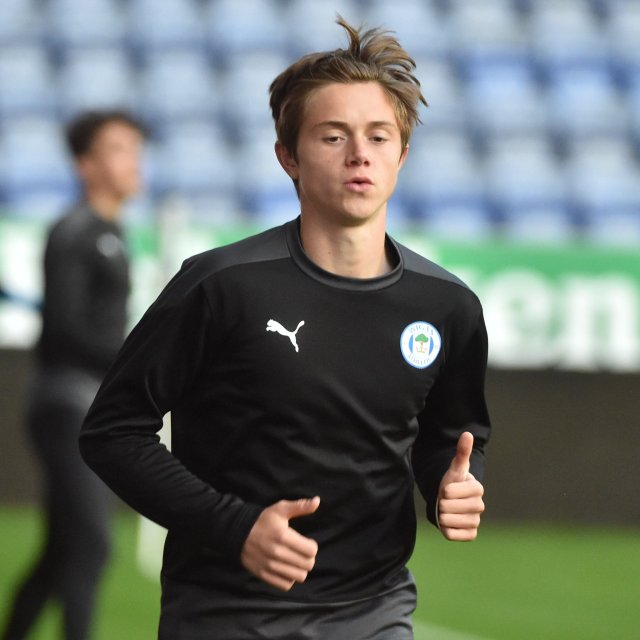 Wigan Athletic succumbed to another defeat at the DW Stadium, this time against fellow strugglers Oxford United.

Latics were outplayed for much of the game and went behind when Matty Taylor produced a smart finish for the visitors on 61 minutes.

The hosts rallied late on and reduced the arrears on 89 minutes through substitute Thelo Aasgaard’s glancing header.

But the visitors held on to record a valuable victory and extend Latics’ miserable run of results.

Latics are now joint bottom of League One with Burton Albion while Oxford move up to 19th spot.

With John Sheridan’s departure to Swindon Town and Leam Richardson’s absence for family reasons it was Head of Academy Gregor Rioch who was in charge of the team.

Loanees Curtis Tilt and Matty Palmer returned to the starting eleven but Latics were without the injured Will Keane, Lee Evans, Kal Naismith, Darnell Johnson and Viv Solomon-Otabor as well as the suspended Adam Long.

Oxford posed a threat in the first minute when Tom James had to concede a corner following a deep cross to the back post.

The visitors were pushing plenty of players into forward positions as the hosts struggled to get out from the back.

Keeper Jamie Jones tried to clear a cross with his feet on 12 minutes and the ball looped over the crossbar.

Tom Pearce produced a great block to deny Taylor when he looked likely to score from 12-yards out on 15 minutes as the visitors enjoyed plenty of possession.

A minute later Jordan Obita cut inside the box and Jones made a very good save low down to his left.

Latics tactic of knocking long balls up to Joe Garner was proving ineffective against Oxford’s bigger centre backs as they rarely threatened.

Oxford were creating plenty of chances however as Obita forced another good save from Jones on 45 minutes before Henry blazed over the angle of post and crossbar soon afterwards.

Right on the stroke of half time Tom Pearce cleared Robert Atkinson’s header off the goal line to keep the scores level at the interval.

Latics had been second best in the first half and it would require a major improvement in the second half if they were to get anything from the game.

Early in the half they were given the opportunity of a lifeline when Simon Eastwood dropped the ball at Kyle Joseph’s feet but the young striker poked the ball wide of the target.

The miss proved hugely significant as Oxford took the lead soon afterwards when Marcus McGuane’s cross was well-finished by Taylor from the edge of the six-yard box.

Taylor then forced another good save from Jones on 64 minutes before Elliott Moore headed against the crossbar and Taylor’s diving header produced another acrobatic save from the Latics keeper.

Gavin Massey tried his luck from 25-yards out and found the side-netting but this was a rare attempt on the visitors goal.

Latics were lacking cohesion and creativity and set-pieces were invariably wasted with one Tom James free kick from the edge of the box going out for a throw in.

Aasgaard replaced Massey on 83 minutes but a mistake by Perry in midfield allowed Oxford to counter-attack quickly with Clare’s cross converted by Henry.

It appeared to be all over for the hosts but three minutes later Pearce’s cross from the left hand side was superbly glanced home by the young Norwegian midfielder.

Latics rallied and with seven minutes of added time the possibility of an equaliser gave the hosts some urgency.

Oxford held out but in truth Latics had been second best for most of the 97 minutes and the visitors deservedly took home the three points.

It’s a desperately difficult time for Latics and they will continue to struggle until they can get their senior players back fit and the problems off the pitch resolved. Hopefully the Spanish takeover can be completed very soon and the club can then move forward with some stability. 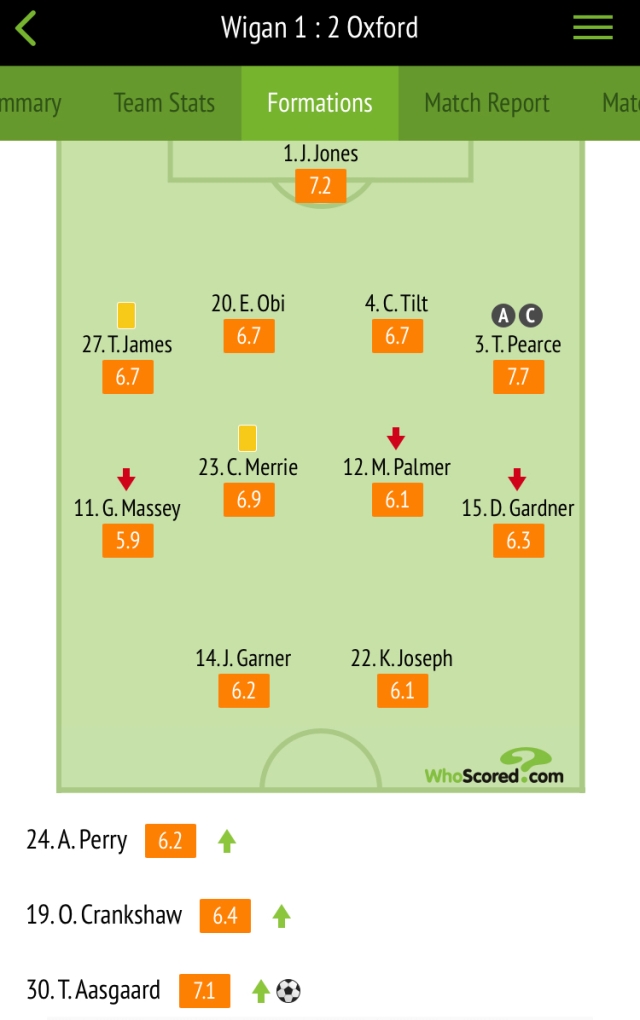