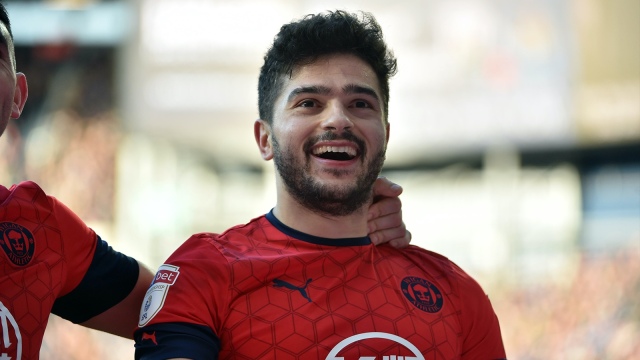 Latics will recommence their season behind closed doors at Huddersfield Town tomorrow with nine games to secure their Championship status.

Paul Cook’s team had been one of the in-form teams in the Championship prior to the lockdown with 12 points in the last six games but fans will be concerned that the long lay-off could potentially have a detrimental impact on results.

Latics are precariously positioned in 20th spot just two points above the relegation zone and they will have to face several of the clubs around them in the table in the run-in. Huddersfield, Stoke, Barnsley, Hull and Charlton are in the bottom eight so Latics must ensure that they pick up points when they play against their relegation rivals.

If the season had been voided, current league position used, or the average points per game calculated Latics would have survived relegation. But we are now entering the unknown, football behind closed doors and a frantic nine game mini tournament that will decide their fate.

So, what are the prospects for survival?

Latics have been boosted by the return of Antonee Robinson after his heart scare and the extended loans of Leon Balogun, Dujon Sterling, Kieran Dowell, Alex Dobre and Jan Mlakar.

The squad  looks to be in a much stronger position than before the lockdown with several players coming back from injury and no significant absences.

Some of the other clubs involved have had to contend with major problems during lockdown. Stoke manager Michael O’Neil has tested positive to Covid-19 and is isolating for two weeks.

Charlton are in the throes of a High Court insolvency action and the unsettling saga of wantaway leading scorer Lyle Taylor, who has refused to play in the remaining games, won’t have helped team morale.

Luton recently parted company with their manager, the former Latics coach Graeme Jones, and the new manager Nathan Jones has returned to the club following an unsuccessful period at Stoke.

Hull have off the field ownership issues and have been in free fall having taken just two points from 11 games and, having sold Jarrod Bowen and Kamil Grosicki in January, they have now lost their captain Eric Lichaj and deputy Jackson Irvine, plus Stephen Kingsley and Marcus Maddison, having been unable to negotiate agreements with the club ahead of their contracts expiring on June 30.

Another issue which could impact on the relegation places is a possible points deduction for Sheffield Wednesday. Several Championship clubs are demanding a serious points deduction be imposed on the Owls if they are found guilty of misconduct by an independent disciplinary commission over the sale of its stadium to owner Dejphon Chansiri.

EFL guidelines allow up to a 12-point deduction depending on the size of any financial failure, which could relegate Wednesday, if the remaining results don’t go their way.

It is also possible that clubs in the Championship will be affected by positive Covid-19 tests which might significantly deplete their squads or even potentially result in the voiding of the season.

Latics were in fine form prior to lockdown during a six-game unbeaten run with victories at promotion chasing Leeds and West Brom. The spine of the team is now much stronger with Leon Balogun and Cedric Kipre in the centre of defence, the tenacious Samy Morsy controlling midfield and big Kieffer Moore leading the line to great effect.

If they can recapture that form then I’m optimistic that they will secure their Championship status. 50 points should be enough to stay up, so Latics would require another nine points from the remaining nine games.