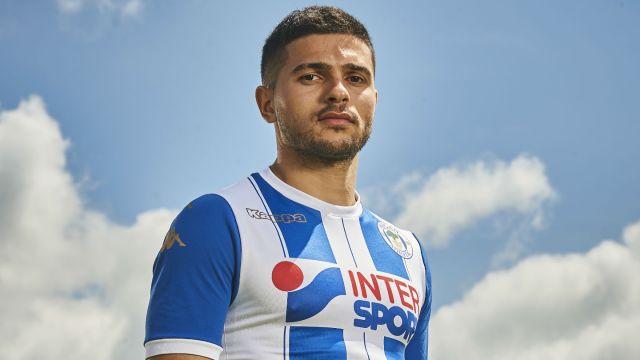 It was a much improved performance by Wigan Athletic against a strangely subdued West Bromwich Albion at the DW Stadium.

Latics are in the throes of an injury crisis but were far the better team on the night and should’ve secured the three points had it not been for some woeful finishing and a bizarre mistake.

The visitors who rested Grady Diangana, Matheus Pereira and Hal Robson-Kanu
didn’t have a shot on target in the first half and looked unlikely to score until a Jamie Jones blunder.

Captain Samy Morsy gave Latics the lead on 50 minutes with a 35-yard drive which went into the net via the post and keeper Sam Johnstone’s back.

But the Baggies equalised rather luckily when Kal Naismith’s backpass was picked up by keeper Jamie Jones in the six-yard box and Charlie Austin converted the close range free-kick.

Latics stay in the bottom three and three points from safety while West Brom remain in second place in the Championship table.

The odds looked stacked against the out of form Latics but they started on the front foot and created some early chances. Windass went down under a challenge from Kyle Bartley on the edge of the area and the hosts might’ve been awarded a penalty but referee Andy Davies wasn’t interested.

Latics’ best chance came when a Windass shot was only parried away by Johnstone into the path of Lowe, but the former Portsmouth striker was thwarted by an excellent point blank save from Johnstone.

Latics were well on top against the subdued visitors who on the night looked far from a promotion outfit.

Antonee Robinson’s cross created chances for both Jacobs and Lowe but neither could capitalise on the opportunity.

Latics had another shout for a penalty when Robinson’s cross shot from close range hit the hand of Bartley but once again referee Davies waved away appeals.

Massey then headed an Evans cross just over the angle of bar and post before half-time as Latics looked the only team likely to score.

Level at the interval but Latics were ahead five minutes into the second half when Morsy’s 35-yard drive first hit the post and rebounded off the goalkeeper’s back before crossing the line.

Soon afterwards, Latics almost doubled their lead when Jacobs fired against the crossbar  before Massey’s follow up header was saved by Johnstone.

With Latics looking well in control they once again pressed the self-destruct button. Naismith passed the ball back to Jones, but the keeper was taking a drink at the time and when he turned round he collected the ball with his hands, rather than clearing.

Referee Davies gave an indirect free- kick to the Baggies on the edge of the six-yard box, which was set back to Austin who fired home despite Latics having nine men and keeper Jones on the line.

Despite the setback and the Baggies substitutions Latics continued to have the best of it. Substitute Gary Roberts produced an excellent cross for Massey, who again had his header saved by Johnstone. Robinson then had a shot blocked before Morsy fired wide from the edge of the area.

West Brom had an appeal for a penalty when Massey’s high boot caught Conor Townsend on the edge of the box but referee Davies wasn’t in the mood to give a penalty for either team.

Latics continued to press for the winner right up to the final whistle and Lowe met a cross inside the area he looked odds on to score but he miscued his shot and the chance went begging.

Prior to the game a point against promotion contenders West Brom would have looked like a good result but on the night Latics were by far the better team and should have secured all three points.

This was a much improved performance by Latics, who had passed the ball to good effect and had eschewed Cook’s usual long ball game, but their inability to take their chances had proved costly.

Three points from nine games just isn’t good enough for survival and unless there is major change in form the club will be relegated. The crowd was well down on recent attendances and the home supporters had voted with their feet after a dreadful run of form.

The underlying problems remain but the club’s board and owners seem reluctant to make a change in manager.