Posted on December 1, 2019 by ianhaspinall 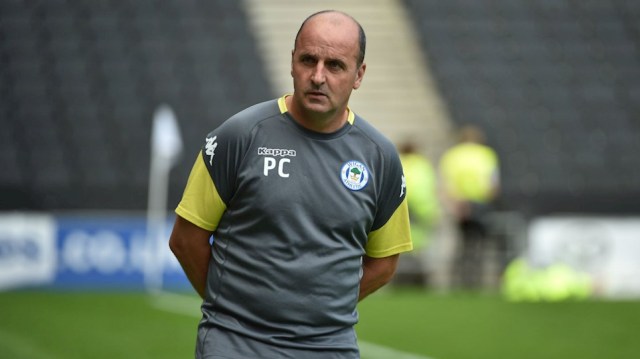 The time could be up for Paul Cook after another disappointing performance in the 3-1 home defeat to Reading.

Latics had led 1-0 at half time through Joe Garner’s first goal of the season but after a controversial penalty decision was given against Chey Dunkley the hosts brittle confidence was severely exposed.

Some dreadful defending allowed Reading’s George Puscas to complete a hat-trick in the space of only five minutes and put Cook’s job on the line.

Two points and no wins from the last seven games is just not good enough and there seems little indication that Cook can turn around the current form.

Latics are in the Championship relegation zone and look unlikely to escape the drop unless there is a change in manager.

Cook made two changes from the midweek 2-2 draw at Millwall with Michael Jacobs and Josh Windass coming into the  team.

Latics started brightly with Anthony Pilkington’s long range effort being tipped over the bar by Rafael.

But after an even first half hour Latics somewhat fortuitously went ahead on 35 minutes. Chey Dunkley’s header from a corner was spilled by Rafael and Garner was on hand to fire home at close range.

Latics might’ve added a second before the interval but Windass volleyed wide from a Garner cross.

Reading then had an opportunity on the stroke half-time but Puscas headed just wide from an Omar Richards free-kick.

Latics went into the interval 1-0 ahead but their second half performance left much to be desired.

Reading showed their intent early on when Garath McCleary was put through on goal but he failed to hit the target.

Windass and Pilkington then created a chance for Samy Morsy, but the captain’s shot was deflected wide from close range.

With 15 minutes remaining the game turned in Reading’s favour as Latics imploded.

Referee Jeremy Simpson awarded the visitors a penalty when Dunkley was harshly adjudged to have handled in the area and Puscas converted from the spot kick.

Some of Latics’ fans had booed substitute Kal Naismith as he came on and this may have affected his confidence but unfortunately the player who had followed Cook from Portsmouth was partly at fault for the second and third goals.

Naismith gave the ball away in midfield and the visitors broke forward quickly and Puscas skipped past several defenders before finishing from the edge of the six yard box.

Naismith was again at fault four minutes later when he was dispossessed and Puscas grabbed his quickfire hat-trick by finishing with relative ease inside the box.

Joe Gelhardt made a rare appearance as a substitute but it was all too late by the time he had come off the bench.

Latics players left the pitch to a chorus of boos after another abject display.

Cook may bemoan the penalty decision but Latics had not been good enough. Reading had 21 shots to Latics 9 and the away team always looked more of a threat going forward.

Latics created very little in the second half and consistently lacked a cutting edge in the final third.

Cook’s style of football has deteriorated this season with long ball tactics predominant, team selection has been erratic and a lack of creativity in the line-ups.

Latics have a talented England U18 striker in Gelhardt but Cook has strangely limited his appearances despite his other strikers lack of goals.

The team are in a downward spiral and Cook seemingly lacks the tactical nouse to get them away from the drop zone.

Nigel Adkins would be a good choice as manager as he fits with Latics current profile in the Championship. A former goalkeeper with the club and a Scouser, who has considerable Championship experience and did well at Hull City in his last role.

The main priority now must be to ensure that Latics are not relegated. A change will give the new manager the opportunity to stop the downward spiral, assess the playing squad and make the necessary changes in the January transfer window.