Which players should be released if Latics survive in the Championship? 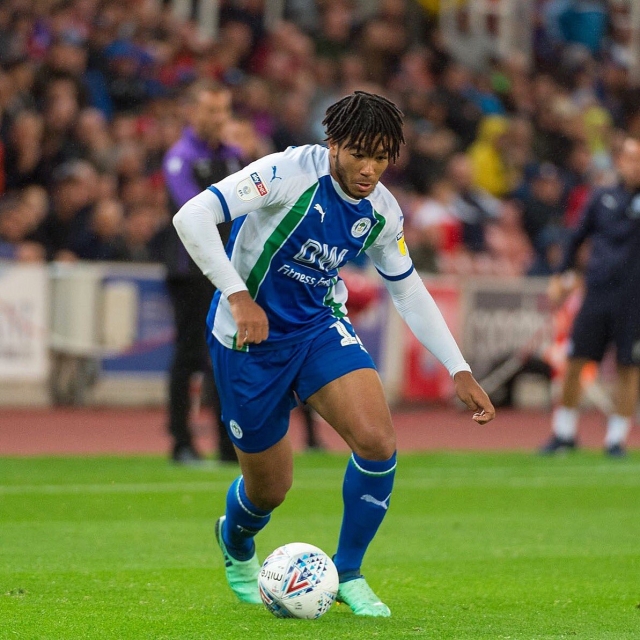 With eight games remaining Latics are in a relegation scrap and sit just three points above the drop zone, but if they do survive in the Championship this season what are the player options for next season.

Latics’ best player Chelsea loanee Reece James was this week deservedly named in the Championship team of the year but it is unlikely that the club will be able to retain his services for next season.

Several Premier League teams are keen to secure his signature and if Chelsea don’t sell him on he is likely to be loaned out to either a Premier League or top Championship outfit.

Manager Paul Cook will no doubt endeavour to make good use of the loan system next season but he is unlikely to find a young player of James’ quality again.

A new goalkeeper is on the wanted list as Brighton loanee Christian Walton will probably return to his home club. Latics other keeper Jamie Jones has signed an extended contract but they will need another experienced keeper to compete with Jones for the Number 1 spot.

The International Entertainment Corporation (IEC) have said they have money available to invest in the squad and that the Will Grigg transfer money is going to be used on recruitment.

As I’m not expecting loan striker Leon Clarke to stay on after completing his loan from Sheffield United, it is therefore important that the recruitment team seek out a goal scorer to replace Grigg as soon as possible.

Striker Joe Garner has been a useful addition to the squad but he is unlikely to score enough goals to fire Latics up the table.

Highly regarded midfielder Nick Powell and winger Gavin Massey are in negotiations about new contracts and if the new owners are serious about success on the pitch they should try their hardest to keep both players at the club.

In my opinion Callum McManaman deserves another contract, but it is evident that the manager has other ideas, so it would seem likely that he will move on.

Loanee full back Antonee Robinson has spent much of the season injured and loanee midfielder Beni Baningime has had very limited game time, so both could well return to their parent club Everton.

Midfielder Darron Gibson has not contributed much to the campaign and I would be very surprised if he got another contract.

Centre back Jonas Olssen came out of retirement to provide defensive cover recently but his performance against Blackburn did not augur well for an extended contract.

Midfielder Shaun MacDonald has not managed to get back into the first team after suffering a broken leg in April 2017 and is likely to given the opportunity to find another club.

Latics allowed several squad members to go out on loan during the course of the season. Midfielder Leonardo Da Silva Lopes is currently at Gillingham and will probably be recalled to see if he has progressed sufficiently to compete for a place next season.

Striker James Vaughan who is currently on loan at Portsmouth is also likely to be released.

Latics do have several promising young players who might challenge for a first team place next season, in particular, England youth internationals Jensen Weir and Joe Geldhart. However the step up from youth team football can often be problematic, so we shouldn’t expect too much from them in the short-term.

With so many player departures likely it’s going to be a big close season of change for the club. It will be the first summer in charge for the new owners and it will provide a strong indicator of IEC’s intentions for the future.

In a fiercely competitive Championship the owner’s commitment to providing the funds for new players will be crucial if Latics are to make serious progress next season.