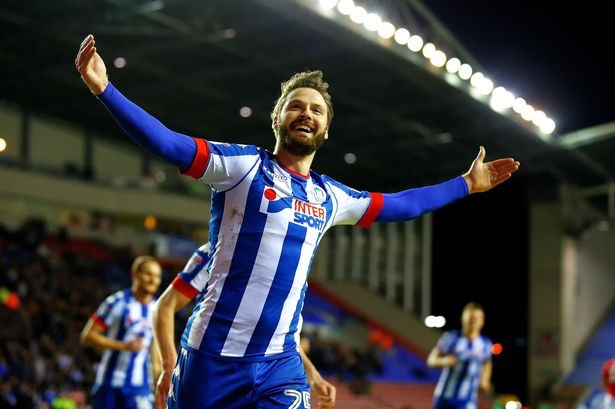 It was frustrating to see Latics game at Bristol Rovers called off on Tuesday night due to a frozen pitch as the backlog of fixtures is starting to mount up. Latics are now six points behind leaders Blackburn Rovers and two points behind second placed Shrewsbury Town although Latics have three games in hand on Town and four in hand on Rovers.

Rotherham United are also making a push for the automatics after they moved up to fourth place after winning 11 and drawing three of their last 14 games and are now four points behind Latics.

The combination of Latics’ fantastic FA Cup run and some bad weather has meant that they could well be playing two games per week in the final weeks of the season.

Latics will have to fulfil postponed fixtures against Bristol Rovers and Walsall and there could still be the small matter of an FA Cup semi-final around the 21st April if they can get past Southampton.

Fixture congestion has always been a problem for the top teams in the top leagues if they are competing in more than one competition and Paul Cook is pragmatic enough to understand that they will have to utilise their full squad to get through their 46 league games plus cup games if they are to be successful.

This was amply demonstrated last Saturday when they defeated Rochdale 1-0, even though Cook made seven changes to the team that had knocked Manchester City out of the FA Cup.

Cook took a calculated risk, with plenty of games coming up, he recognised that some of his players needed a rest. Latics were also missing key men in the suspended captain Sam Morsy and the injured Nick Powell.

Their ability to grind out the three points without their best players has kept them in touch with both Blackburn and Shrewsbury, despite playing fewer games.

This Sunday sees Latics take on Rovers at Ewood Park in the battle of the League One title favourites. It’s not make or break for Latics, given the games in hand, but a victory could prove invaluable in the race for the automatics.

Latics probably have the most influential player in the division in the £10m rated Powell (12 goals), and many other of outstanding individuals including captain Morsy (3 goals), prolific striker Will Grigg (16 goals), and the towering centre-back Dan Burn (4 goals).

Latics and Blackburn have the strongest squads in the division and it could prove to be a tense encounter with so much riding on the game in front of the TV cameras.

Being a Latics fan is rarely dull but now is certainly a very exciting time for everyone associated with the club and we should fully appreciate the experience as the team go in search of what could be an unprecedented League One and FA Cup double.

This article was first published in the Wigan Evening Post on Friday 2nd March 2018.