Posted on September 21, 2017 by ianhaspinall 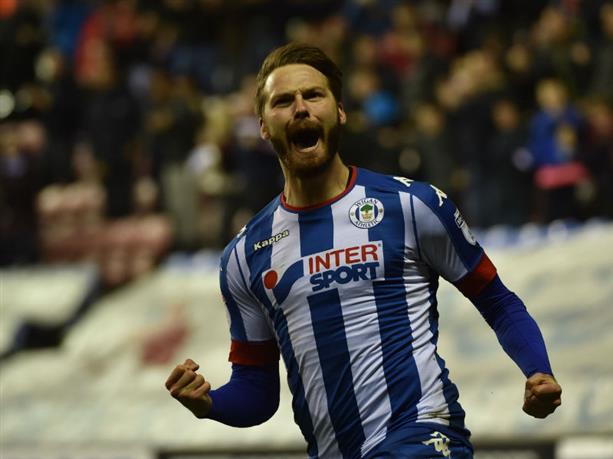 Latics are now in a rich vein of form after winning their last three games in convincing fashion. They have confidently moved up to second in the League One table and are rapidly reinforcing the bookmakers’ view that they are favourites for promotion.

The Charlton performance was a perfect response to the defeat at Shrewsbury, with a committed display from the team who could easily have won by five or six, but came away with a 3-0 win.

Against Bristol Rovers they kept up the excellent work and once again dominated their opponents running out 3-0 winners but it could so easily have been so many more.

Northampton proved to be stubborn opponents under new manager Jimmy Floyd Hasselbaink, they set out to defend in numbers and frustrate Latics in an attempt to gain a point.

However, Latics once again created plenty of chances and defended effectively when needed and probably should have won by more than the 1-0 score line.

The last three matches have fully demonstrated Latics’ promotion credentials; they have scored seven goals with no goals conceded.

Overall they have a positive goal difference of 12 and they are one of a handful of teams in the Football League to only concede three goals so far this season.

It’s all going so well, so what could possibly go wrong?

Could complacency creep into the club? Latics won the title the last time they were in League One and the players may start to feel that they can go through the motions and easily do it again. Overconfidence can lead to unnecessary defeats and the promotion push could falter.

Paul Cook should be aware of the risk and his down to earth ‘common-sense’ approach to management will hopefully guard against any complacency. He will be aware of the pitfalls of taking anything for granted and I’m sure he’ll be pushing his players to maintain their high standards.

Could they suffer significant injuries to key players? A series of injuries could curtail their promotion aspirations. For example, the talismanic Nick Powell constantly struggles to maintain match fitness due to a series of groin, thigh and back problems.

If he and other key players experienced long-term injuries could the team cope with their absence?

It’s early days in the season and Latics still have to play some of the stronger teams in the division and they have already lost away to early league leaders Shrewsbury.

Will they struggle against the other strongly tipped teams? Latics face a difficult trip to third placed Peterborough United tomorrow and the match could prove to be a good indicator of how both teams’ season could pan out.

This article was first published in the Wigan Evening Post on Friday 22nd September 2017.