Posted on January 6, 2017 by ianhaspinall 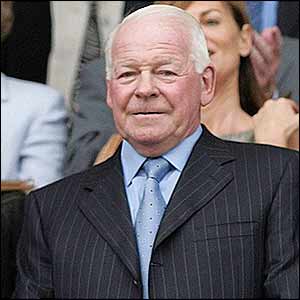 Latics owner Dave Whelan has some big decisions ahead

It’s a dispiriting time to be a Wigan Athletic fan, with the situation both on and off the pitch looking bleak.

Last season the club appeared to be on a stable path with a young forward thinking manager with clear ideas about the type of football he wanted to play.

A young chairman who backed his manager and talked about a long-term strategy for success. A group of players who believed in the manager and comfortably won the League One title.

How thing’s have changed this season. The optimism and togetherness of last season has been shattered and the club appears to be heading back to League One at an alarming speed.

The club’s current predicament is ultimately the responsibility of the owner Dave Whelan, chairman David Sharpe and chief executive Jonathan Jackson and it is fair to say that their recent decision-making has been found wanting.

Latics have sacked four managers since the start of the 2012/13 season with only seven other clubs in the Premier League and Football League having a higher turnover of managers.

Dave Whelan has achieved so much for Latics during his time in charge but the club currently lacks coherent leadership.

David Sharpe supported Gary Caldwell during difficult times last season but this season he was very quick to dismiss him and appoint a manager without recent Football League experience.

Warren Joyce was a risky appointment given that he had never managed in the Championship and his last eight years had been spent in charge of the Manchester United reserve team.

It was something of a surprise that Joyce was given a three-and-a-half-year-contract after recent managers had only been on shorter-term rolling contracts.

Joyce has had a torrid time since his appointment and Latics have only won one of his ten games in charge and they suffered a record sixth-consecutive home defeat against Huddersfield last Monday.

Latics come up against Nottingham Forest in the FA Cup tomorrow but next week they will face Burton Albion in what could be a season defining relegation six-pointer. If Latics were to lose that game the prospects for survival would be very slim indeed.

The Whelan family has some very big decisions to make over the next few weeks.

Do they back Warren Joyce to keep Latics up? Or do they bring in a new manager? Do they provide the transfer funds to boost the squad? Or do they sell their most valuable players, for example, Yanic Wildschut, Will Grigg, etc?

Surely now is the time for the Whelan family to show leadership and do everything in their power to maintain Latics’ hard won Championship status.

This article was first published in the 12th Man column for the Wigan Evening Post on Friday 6th January 2017.