Posted on September 13, 2016 by ianhaspinall 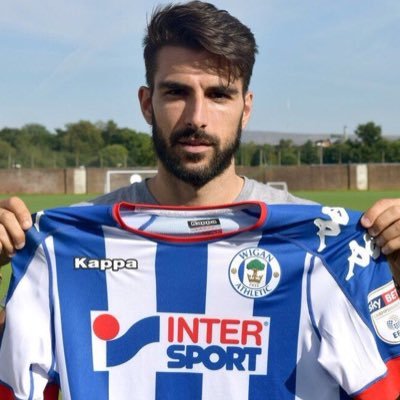 Jordi Gomez scored on his return to Latics

Despite a much improved second half display Latics slumped to second bottom in the Championship table after a 2-1 defeat to Norwich City at Carrow Road.

A disastrous blunder by Wigan keeper Adam Bogdan gifted Jacob Murphy the lead after only three minutes and Murphy added a second on 11 minutes after Bogdan could only parry Wes Hoolahan’s initial effort.

Latics were lucky to go into the interval with only a two goal deficit, but they rallied in the second half and pulled a goal back through Jordi Gomez’s strike on 72 minutes.

In a hectic finale the Canaries keeper Michael McGovern denied Latics a late leveller with excellent saves from Yanic Wildschut and Will Grigg.

Latics got off to the worst possible start and conceded in the third minute following a blunder by keeper Adam Bogdan. The Liverpool loanee took his eye off the ball when receiving a pass from Jake Buxton and was dispossessed by Jacob Murphy who had the simple task of rolling the ball into the net.

Matters got worse for Latics in the 11th minute when they conceded a second. Wes Hoolahan’s shot from close range was parried high into the air by Bogdan and Murphy headed home at the far post.

Norwich were now in complete control and Bogdan did well to save from Hoolahan and turn the ball away for a corner.

Latics responded towards the end of the half with Gomez setting up Alex Gilbey, whose drive from the edge of the box was well saved by Michael McGovern.

Will Grigg looked to have been brought down in the box by Timm Klose, but the referee Keith Stroud waved away appeals.

Michael Jacobs then produced a dangerous cross which was diverted for a corner by Martin Olsson, with Gomez ready to pounce.Reece Burke then tried a speculative effort from distance but McGovern saved.

Latics were grateful for some profligate finishing by Norwich or they might have been four goals behind at the interval.

The Canaries continued to press at the start of the second half. Bogdan had to save from Hoolahan on 52 minutes, and soon afterwards Russell Martin fired a shot just wide of the post.

Gary Caldwell decided to try to turn the game in Latics’ favour by introducing Yanic Wildschut and Nathan Byrne in place of MacDonald and Burke.

Byrne quickly set up a shot for Gomez. Wildschut forced a panicked clearance and Jacobs fired a 25 yard free kick just over the crossbar.

Wildschut nearly pulled a goal back on 67 minutes, but McGovern produced a superb save to deny the Flying Dutchman.

But in the 72nd minute Latics reduced the deficit. Byrne fed Grigg and his pass set up Gomez on the edge of the box and the Spaniard’s left foot drive beat McGovern.

A minute later Gomez’s free kick from 20 yards out once again beat McGovern but this time unfortunately hit the side netting.

Latics pushed for the equaliser with Gomez at the centre of the best moves.

Caldwell introduced Craig Davies in place of Gilbey on 84 minutes as Latics went for all out attack.

Grigg had a shot blocked and then Norwich substitute Alex Pritchard fired just wide on the break.

With five minutes of added time Latics now looked the most likely to score. Wildschut broke down the right and produced a tempting cross and Grigg’s header produced a great save from McGovern.

There was a final flurry from a corner with Bogdan now in the opposing box, panic ensued, but ultimately the ball went out of play and Latics hopes were dashed.