12th Man: We need to be back to our best 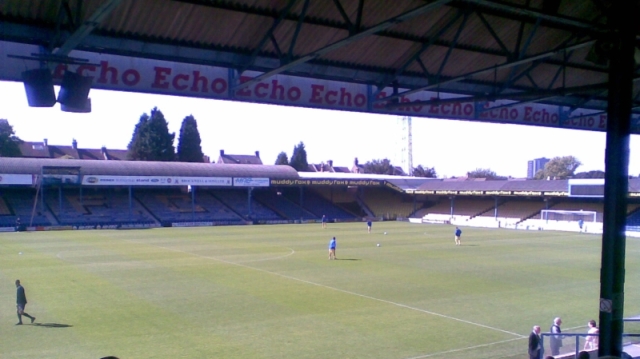 In last week’s column I said that our next three matches would give us a good indication of Latics’ promotion credentials. The trio of games commenced with mid table Shrewsbury Town at the DW Stadium.

For most of the game Latics were the better team leading 1-0 and creating plenty of chances, but they struggled to put the game to bed and were left hanging on for a nervous final ten minutes.

Latics briefly moved up to fourth in the table and the expectations were that if they could overcome fifth placed Burton Albion on Tuesday night and other results go their way they could rise into the automatic promotion places.

However, everything did not go to plan and Burton proved stubborn opponents and frustrated the home team with a well-organised defence, some robust tackling and time wasting tactics.

The match looked to be heading towards a draw until Latics were caught out with a swift counter attack and Burton stole the three points.

The Brewers style of football is not pretty to watch but their manager Jimmy Floyd Hasselbaink had got his tactics right and had out witted Gary Caldwell on the night.

It was a harsh lesson to learn but it might just stand Caldwell in good stead for the rest of the season as he continues to learn the ropes as a rooky manager in League One.

Latics next game is away at Southend United who are pushing for a play off spot and had an impressive 5-2 away win at Oldham in midweek. They are only three points behind Latics and will prove a stiff test.

The Shrimpers were promoted to League One via the League Two play off final last season and have made a good start to this campaign. They are unbeaten in their last five league games and like Latics they are still in the Johnstone’s Paint Trophy.

Wigan will need to be at their best if they are to get a good result at Roots Hall.

Several players looked out of sorts and others looked to be carrying injuries against Burton so the Wigan manager will need to assess his options for Saturday and make sure he picks his strongest available players.

A return to the 4-4-2 that was so successful at Rochdale could prove most effective, with vice-captain Jason Pearce returning to the defence and Will Grigg partnering Alex Revell upfront.

Latics undefeated 11 game run has now come to an end, and Saturday’s game will be a difficult fixture, but they must get back to winning ways quickly if they are to secure a promotion spot.

This article was first published in the 12th Man column for the Wigan Evening Post on Friday 27th November 2015.