Latics transfer deadline day round up

Posted on February 2, 2015 by ianhaspinall 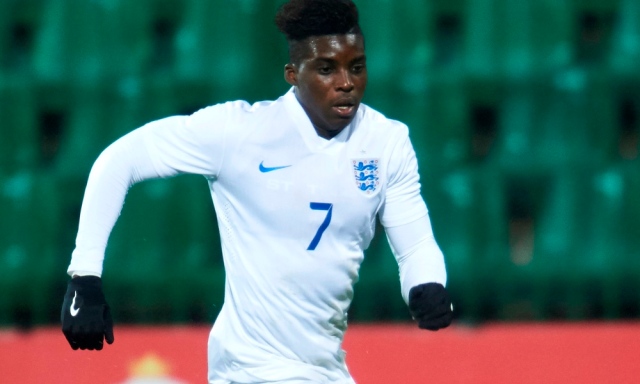 Striker Andy Delort returned to his previous club FC Tours for the remainder of the season and Scottish midfielder Fraser Fyvie joined Hibernian after his contract was terminated at Latics.

Ojo, Bong and Clarke become Wigan’s fifth, sixth and seventh signings since the start of the year following the arrivals of Liam Ridgewell, Chris Herd, Billy McKay and Jason Pearce.

Wigan manager Malky Mackay said he was delighted with the capture of the England U18 international. He commented:

“I spoke to Brendan Rodgers at length about Sheyi, and we both agreed that this is the next stage of his development,

Brendan sees him as a Liverpool player of the future and will take him into his squad in the summer. We both hope that his time at Wigan Athletic can be a productive one for both parties.

I have watched him and was excited by what I saw in terms of his pace, touch and awareness. Now it’s a question of integrating him with our squad and managing his progress carefully.”

Left back Gaëtan Bong has signed a short-term contract until the end of the season.

The 26-year-old is a free agent after leaving Greek side Olympiakos and has impressed after a trial period.

“I’m delighted Gaëtan has agreed to join us. He impressed me a lot during the week. He is a terrific athlete, his professionalism stood out immediately and I believe he will be a very good addition to the squad.”

After seven signings in short succession, plus the loan window opening in a week’s time, he added:

“I have said all along we need to reshape the squad. The first part of that process was to allow players to leave and make way for new players to come in and take their place and that process is now taking place.

Every transfer in and out over the last month has been done with the benefit of Wigan Athletic football club in mind and myself, along with Jonathan Jackson and David Sharpe, are working day and night to make this squad as strong as it can be for the future.”

Bong began his professional career at Metz in the French league, and after a spell on loan at Tours, joined Valenciennes for whom he played over 100 times before moving to Olympiakos. He appeared in the 2010 World Cup for Cameroon, but missed out on the 2014 squad having played in the qualifying stages.

Bong can play in a number of defensive positions but he is likely to provide stiff competition for current left back Andrew Taylor. 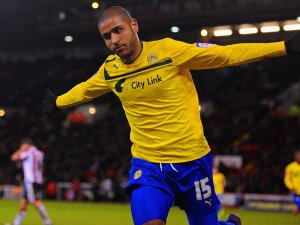 Latics last signing of deadline day was the 29-year-old striker Leon Clarke who joined from Wolverhampton Wanderers on loan until the end of the season.

Clarke started his career at Wolves in 2003 and has scored goals throughout his career, netting 90 goals from 188 league starts.

He was prolific in 2013-14, bagging 16 league goals in 36 for Coventry City, earning himself a move back to Wolves last Summer.

Clarke has struggled to get into the first team this season at Molineux and has been forced to play most of his minutes off the bench – nevertheless, he has scored two late winners, at Leeds United and Sheffield Wednesday.