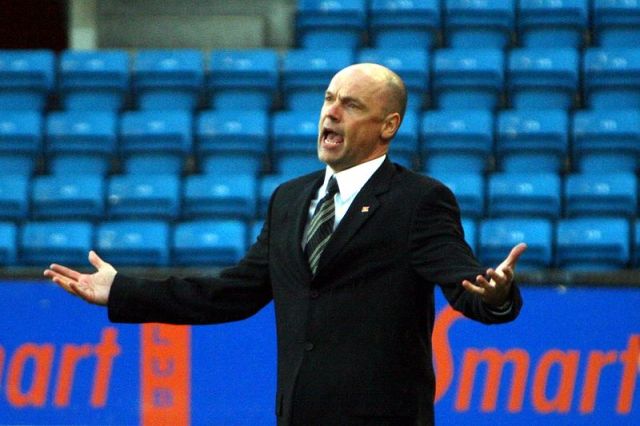 Wigan Athletic have announced the sacking of manager Uwe Rosler at around 3.45 pm today. The announcement came as something of a surprise after Wigan Chairman Dave Whelan had recently backed Rosler to turn results around. However, following further consideration and after speaking to other staff within the club, it was decided to part company with Rosler.

The former Brentford manager had transformed Wigan last season following the departure of Owen Coyle and taken the club to the play-offs and an FA Cup semi-final. However, this season Latics have been unable to recreate that form and currently sit in the bottom three in the Championship table.

“I have thought long and hard about this, I have thought about little else for days in fact. Initially my thoughts were that Uwe should be given more time. He is a good manager and I like him immensely as a person, he is honest, passionate and clearly works day and night to try and earn success for the team.

Following the incredible achievements of last season, I felt it was the right thing to do that he should be given more time. However, the situation we find ourselves in at the moment, and the run of results in recent months, really has been alarming. Something is clearly not working. For whatever reason, the team is not gelling, despite substantial financial backing in the summer and the dressing room being blessed with a huge amount of quality.

Therefore, I have now come to the reluctant conclusion that for the long-term good of the club, we need a change.

Uwe is a good man and a good manager and he will bounce back, I am sure of that. We thank him for his efforts with us, I could not have wished to appoint a more committed and hard-working manager and we sincerely wish him all the best in his future career.

But now the search begins immediately for a replacement.”

The club has confirmed that Assistant Manager Graham Barrow will take temporary charge of the first team against Middlesbrough next Saturday, assisted by first team coach Eric Black.