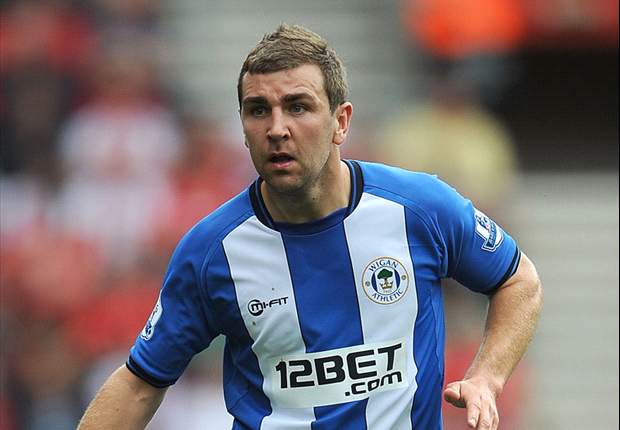 Latics produced an outstanding display of attacking football to defeat Birmingham City 4-0 at the DW Stadium.

Two goals by Callum McManaman and one each for full back Andrew Taylor and substitute Martyn Waghorn provided an emphatic scoreline but it could so easily have been many more.

Oriol Riera, McArthur, McManaman and Waghorn all should have added to the scoreline against a Birmingham team that offered very little.

Latics preparations for the game could have been disrupted by the departure of James McArthur to Leicester City and the protracted transfer of Adam Forshaw from Brentford, but it seemed the off the field activity had the opposite effect and only galvanised the team into producing their best performance of the season.

Right from the off Latics set about their opponents with determination, gaining control in the midfield. McArthur was seemingly everywhere, chasing down his opponents, winning the ball and setting up play for his colleagues.

McManaman gave Latics the lead after only nine minutes with a splendidly creative run and finish. The young Liverpudlian is starting to fulfill his undoubted potential and was a threat all afternoon.

Wigan doubled their lead on 39 minutes when full back Taylor opened his account for the club. The young full back was fed by McArthur on the left hand side and his arrowed shot found the back of the net via the right hand post.

The three points were sealed just before half time with another superb effort from McManaman. After a neat interchange with Emyr Huws, McManaman showed great balance and technique by curling the ball away from the Blues keeper Darren Randolph and into the corner of the net.

It was a perfect first half performance and one which had the home fans purring during the interval.

It was always going to be difficult for Latics to reach the same high level of performance after the interval but they continued to dominate apart from a late surge by the visitors as they sought a consolation goal.

Latics fourth goal arrived on 78 minutes through substitute Martyn Waghorn who linked up well with fellow substitute Shaun Maloney to score from six yards out.

Maloney was involved again shortly after but he could not create the goal for the omnipresent McArthur, who fired into the side-netting from close range.

Emmerson Boyce might have added a fifth late on, but his header was tipped over by Randolph.

This was a memorable performance by Latics and if they can maintain this level of performance after the international break they will soon be joining the Championship pacesetters.