Posted on January 2, 2013 by ianhaspinall 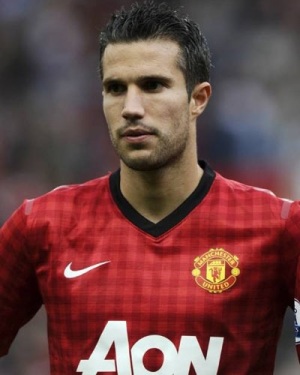 Manchester United eased past a weary looking Wigan Athletic on New Year’s Day with a brace each for strikers Robin Van Persie and Javier Hernandez providing the routine victory. The Latics have now conceded eight goals against the league leaders in their last two meetings and overall they have only once beaten United in sixteen league fixtures.

But given the disparity in resources available, is it really so surprising that United win so comfortably? Sir Alex Ferguson’s side is now valued in the region of £385m and Robin Van Persie alone is valued at £24m, costing more than the whole of the Wigan side put together.

Wigan did cause an upset last season by defeating United 1-0 and disrupting their title challenge but nine times out of ten United will take the three points.  The financial gap between United, Manchester City and Chelsea is now so great that a Wigan victory against the top three is becoming less and less likely.

United were able to rotate and rest their squad for every game over the hectic Christmas period while Wigan have had to use nearly all the same players in every fixture. United have a huge depth to their squad while Wigan, still struggling with injuries, have a limited number of quality players to pick from.

Latics did manage to hold United until the 35th minute but the inevitable first goal came when Patrice Evra’s angled shot was parried by Ali Al Habsi into the path of Javier Hernandez and the Mexican slotted home from close range.

It was not too long before Robin Van Persie doubled their lead following a good pass from Hernandez. The Dutchman turned Ivan Ramis and Gary Caldwell in the box before curling his right foot shot inside the far post.

A 2-0 half time score line was about right, with United continuing their onslaught on the Wigan goal in the second half.  The home team struggled to put together any counter attacking moves until the 58th minute when Arouna Kone had a goal disallowed for a marginal offside following a sharp pass from Franco Di Santo.

But normal service was resumed on 63 minutes when Hernandez reacted quickly to score the Reds’ third after Van Persie’s free kick had hit the Wigan defensive wall.

Chris Smalling should have been dismissed when as the last defender he pulled back Kone, but referee Andre Marriner only gave the United substitute a yellow card. The decision was yet another example of the inconsistent refereeing that Wigan have had to contend with this season. Jordi Gomez fired the resulting free kick just inches wide of the angle of post and cross-bar.

In the dying minutes United were gifted a fourth when Jean Beausejour and Emmerson Boyce got in each others way and the ball fell to Danny Welbeck who crossed for Van Persie to slot home his second goal.

The result once again highlighted the growing gap between the footballing super powers and the rest. This growing financial gap is an increasingly unhealthy one and the football authorities need to quickly address the issue if the Premier League wants to be a true competition.

The huge discrepancy in resources is typified by Latics latest loan signing from United, the young Chilean striker Angelo Henriquez is way down the pecking order at Old Trafford yet he is likely to go straight into the Wigan team as cover for Arouna Kone during the African Cup of Nations.

Apart from the fans of the three biggest three clubs, I’m sure that most football supporters would prefer a more equal baseline from which to compete in the league and also one in which the league winners do not always come from the same three clubs.