Posted on September 30, 2012 by ianhaspinall 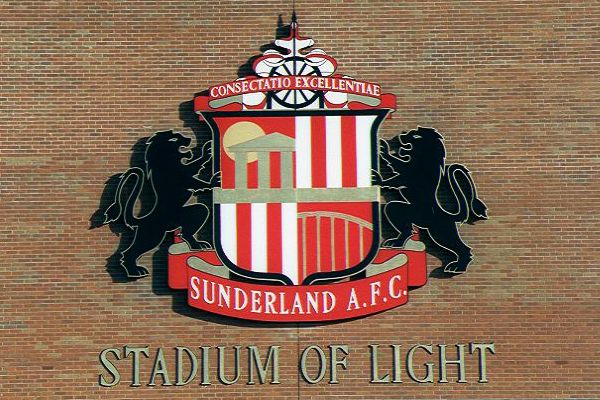 It can be an uncomfortable experience sitting with the opposition fans when you are supporting your team but this was my lot when Wigan visited the Stadium of Light on Saturday.

A Sunderland supporting friend had offered me a free ticket and given that the tickets for away supporters were £30, it was an offer I couldn’t really refuse.

My seat was on the half way line fairly high up but still a good viewing position, unlike the 400 or so travelling band who had been placed high up in the gods behind the goal.

At least they weren’t to be subjected to the very large and loud Sunderland fan who sat to my left who ranted and raved for most of the game.

Wigan started the better of the two teams and would have taken the lead except for two excellent saves by Sunderland keeper Simon Mignolet.

In the first serious attack Jack Colback gave the ball away in midfield and James McCarthy burst into the Sunderland box but his left footed effort was turned away by the outstretched boot of Mignolet.

Later Maynor Figueroa played a pinpoint pass to Jean Beausejour whose first time cross evaded the Sunderland defenders and with Arouna Kone racing in at the far post he looked odds on to score but the Belgium keeper flung himself to his left and somehow managed to keep the ball out.

Sunderland were struggling to come to terms with Wigan’s fluid football and James McCarthy had a twenty-five yard effort that fizzed by Mignolet’s right hand post.

In between these chances Sunderland did have had a rare opportunity when Seb Larsson’s curling free kick looked to have evaded the Wigan defence but Ivan Ramis cleared off the line.

Alex Ferguson’s favourite referee Howard Webb was having an erratic game and as the game progressed it seemed to me that the Black Cats were getting the majority of decisions in their favour. This was contrary to the loud red fan to my left who vociferously held the opposite view.

Early in the second half the game turned in Sunderland’s favour when Jordi Gomez was sent off for a foul on Danny Rose, from where I was sitting it looked as though Gomez had tried to get the ball but Rose came into the challenge from the side and was caught hard by the Spaniard. It was certainly deserving of a booking but referee Howard Webb issued a straight red card much to the delight of the now boomingly loud red gentleman to my left.

On such decisions games are changed. Roberto Martinez said afterwards that if it was a sending off, then Larsson should have been sent off for a similar challenge later in the game.

The sending off certainly damaged Wigan’s belief that they could win the game. They were clearly unsettled and while trying re-organise Sunderland gained the ascendancy.

Two minutes after the sending off James McClean’s mis-hit shot became a perfect cross for Steven Fletcher who produced a clinical finish for his fifth goal of the season.

It was clear that it was not going to be Wigan’s day when referee Webb failed to see Larsson’s too footed challenge on Kone. Unsurprisingly the red gentleman to my left didn’t think it was even a foul.

Roberto Martinez introduced forwards Ryo Miyachi and Callum McManaman for Emmerson Boyce and James McArthur in a last-ditch effort to grab an equaliser for the ten men but both players struggled to make an impact.

In the final analysis it had been a frustrating afternoon for all Wiganers, the team had created the better chances but had been thwarted by some great goalkeeping and inconsistent refereeing, I only had to contend with 95 minutes from the loud red man mountain.