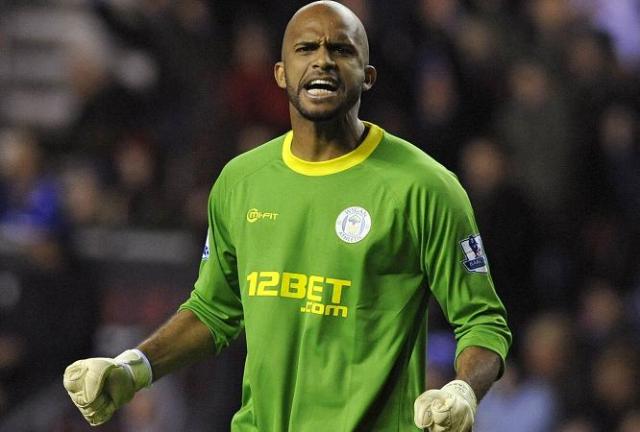 Prior to the game all attention was on Luis Suarez after his proposed eight-game ban was announced by the FA. The decision seemed to galvanise Liverpool but it was Wigan who ultimately emerged the stronger team from one of the most exciting 0-0 draws I have seen in a long time.

Liverpool who had warmed up in supportive Suarez T-shirts, started the game in breathtaking fashion and for the first 15 minutes Wigan were pegged back in their own half. If Ali Al Habsi had not been on top form and the Liverpool players had not wasted some good chances the game could have been over in this opening period.

But as the half progressed the Latics started to get a foothold in the game, Victor Moses looked to be tripped by Martin Skrtel in the box and then he produced an outstanding dribble, collecting the ball near his own box, he seemed to take on most of the opposition team before driving his shot straight at Pepe Reina.

The game had become an exhilarating feast of attacking football with both sets of attackers seemingly able to create chances at will. Suarez curled a free kick over the wall and Al Habsi acrobatically tipped the ball over the bar.

The incidents came thick and fast and Referee Mike Oliver was often in the centre of it, as he gave some controversial decisions, often in the Merseysiders favour.

One such incident was in the 50th minute when Gary Caldwell was harshly adjudged to have handled Suarez’s overhead kick. From the resulting spot kick Charlie Adam’s effort was saved excellently by Man of the Match Al Habsi.

The game continued in frenzied fashion and Wigan sensed that they could go onto win the game. Twin impact substitutes Franco Di Santo and Hugo Rodallega were creating problems for the Liverpool defence. Moses produced a great cross for Rodallega’s header but Glen Johnson managed to deflect the ball for a corner.

Moses then had the best chance to win the game when his angled effort from about six yards went inches wide of the far post.

It was fair to say that the result could have gone either way, but once again Wigan won’t get much credit for this result. All the attention will be about Suarez and Liverpool not being at their best. Liverpool have won four of their last five away games and for Wigan to match such a star-studded outfit deserves much greater credit from the media.

Roberto Martinez’s team have gelled into a cohesive formation and are now capable of competing with the best teams in the league.

However, Wigan’s biggest test will come when they face Manchester United at Old Trafford on Boxing Day. They have never taken a point from United, so a good result at Old Trafford would signify a huge progression for a small club that is battling against the odds.