Posted on February 6, 2011 by ianhaspinall 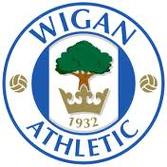 An immense performance by Wigan Athletic as they overcame an excellent Blackburn Rovers at the DW Stadium. The match started with Rovers playing some slick attacking football and showed why they had made good progress under Steve Kean. In fact it was not long before they scored through ex Wigan favourite Jason Roberts. Wigan would have to raise their game if they were to stay in the game. As has been the case for most of the season some of the Wigan fans started to become restless with the team’s performance and in particular Manager Roberto Martinez. Roberto is the easy target when things are not going well. However, just before half time and when the usual moans and groans were emanating from the West Stand, Wigan got back on level terms. Rovers keeper Paul Robinson  parried Emerson Boyce’s shot and James McCarthy followed up from an acute angle to score. Honours even at half time, but I felt that Wigan would have to be at their best as Rovers would almost certainly score again in the second half.

Fortunately Wigan started the second in brilliant fashion, four minutes into the half and Moses headed onto Rodallega who rounded keeper Robinson to finish in style. But this was only the start of what was to be an exhilarating phase.  Seven minutes later James McCarthy exchanged passes with N’Zogbia and then flicked the ball up with his right foot before transferring the ball to his left foot and then into the net, it was a sublime piece of skill from one of the best young players in the Premier League.

You might expect most top-level teams to go on and consolidate their lead – not the Latics. Chris Samba almost immediately reduced the arrears from a corner, although it looked as though Roberts had impeded Al Habsi. However, just as many Wigan fans feared the worst they restored their two goal lead. Salgado tripped the on rushing Diame on the edge of the box and Ben Watson duly despatched the penalty down the centre of the goal to make it 4-2. However, the scoring was still not over and Boyce was adjudged to have tripped Dunn on the edge of the Wigan box, the decision looked harsh and referee Mike Dean was having a very inconsistent game giving some strange decisions for both sides. Dunn converted the penalty despite Al Habsi managing to get his fingertips to the ball.

The game was now on a knife-edge and the Latics fans nerves were almost at breaking point, it was essential to hang on for the three points and to move out of the relegation zone. Rovers moved Samba forward and pumped high balls into the box, but Alcaraz and Gohouri performed excellently at the heart of the defence and Wigan survived the aerial bombardment to hang on for their first win in 2011.